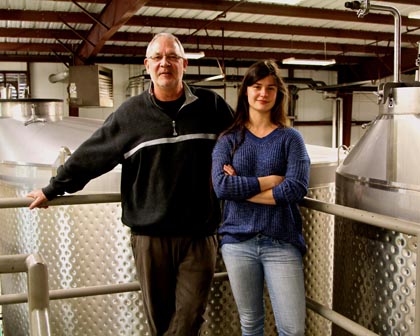 David Ramey, owner of the acclaimed, Sonoma-based David Ramey Wine Cellars – known for peerless Chardonnays and Cabernet Sauvignons – has been one of America's most respected winemakers since the 1980s and '90s, when he did groundbreaking work at wineries like Matanzas Creek Winery, Chalk Hill Estate, and “super” Napa Valley wineries like Dominus Estate and Rudd Oakville Estate.

Now, with that legacy intact, Mr. Ramey feels like he is ready for the next phase in his celebrated wine career, as the producer of a new brand called Sidebar Cellars, specializing in wines like (wait for it)… Kerner, grown on the east side of Lodi's Mokelumne River AVA.

¿Por qué? "After a lifetime of making and selling wine," says Ramey, "I feel like producing a new set of wines that I enjoy drinking. I love Chardonnay, of course, but it can be an intense, important wine that you might want to focus on before a meal, to enjoy all the components. But I also like a wine for just sitting outside on the patio, relaxing, with plates of salumi, sliced chorizo, tapas style almonds and olives,, or antipasto style fire roasted peppers, marinated mushrooms or artichokes. That's what Sidebar will be all about." 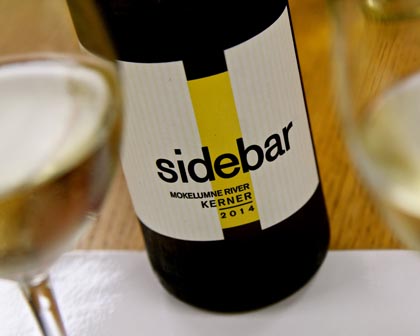 Among the first three Sidebar wines Ramey is releasing as we speak is the 2014 Sidebar Mokelumne River Kerner ($25). It is a bone dry, medium bodied white wine with zesty sense of levity; floating across the palate with citrusy tart sensations, with wispy fragrances brushing the nostrils with suggestions of minerals mingling with citrus skin and faintly earthy organic notes.

"I wanted to work with Kerner because I like aromatic whites," says Mr. Ramey, partly in reference to the fact that the noble Chardonnay grape is often considered a tabula rasa type of grape – incredibly malleable in the hands of meticulous growers and crafty winemakers.

Continues Ramey, "Kerner is a German crossing of Riesling and Trollinger. Trollinger is actually a red wine grape, and it is that combination with Riesling that probably gives the grape its greenish, dusky grey skin color. Translated into a wine, you get a balance of rich feel coupled with delicacy and lightness.” This, in fact, is why Kerner was once the third most widely planted grape in Germany (today it ranks eighth in German vineyards). 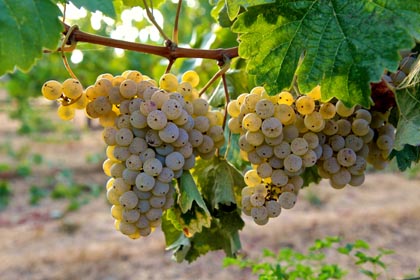 Ramey had his Kerner picked at moderate sugar levels (22° Brix) from Lodi's Mokelumne Glen Vineyards – which also supplies Lodi's Borra Vineyards (and its markus sub-label with Germanic grapes such as Riesling, Bacchus, and Gewürztraminer – fairly early in the season on August 22, 2014 (to read more about Mokelumne Glen’s “Brave New Grapes,” visit lodiwine.com). The Sidebar Kerner was fermented on native yeast and aged for three months in stainless steel drums sur lies (i.e. in contact with dead yeast cells, which enhances textural qualities); finished at 13.2% alcohol, retaining a light, svelte feel.

Ramey tells us, "I've wanted to make a Kerner, ever since the first time I tasted one six, eight years ago at Hearth in New York" – referring to a Manhattan restaurant where sommelier/partner Paul Grieco used to run one of the most cutting-edge wine programs in the nation (Grieco now focuses on his own Terroir Wine Bars in New York).

"I could have made a Sidebar Riesling, since sommeliers also love Riesling," says Ramey. "But I like Kerner much better – it has more body and a richer mouth-feel than Riesling. I've also been intrigued by Alsatian (French) Gewürztraminer, but Kerner is more delicate than Gewürztraminer.

"Besides," adds Ramey, I like the name Kerner – unlike Gewürztraminer, it's pronounceable. Kerner a nice ring; sounds almost soft and flowery. At the same time, it's a wine I can enjoy outside on my patio with my salumi and appetizers!" 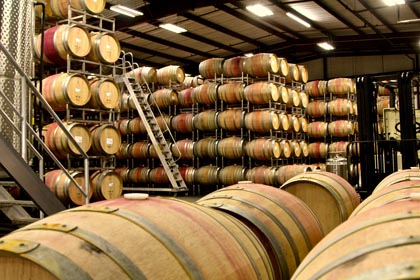