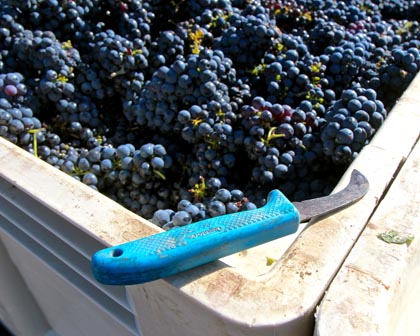 In a post that recently popped up on the multiple "Best Wine Blog” Award winning Terroirist site, contributor Isaac James Baker commented on six 2012 Lodi AVA grown Zinfandels produced under the Lodi Native banner: "Tasting all six together, I was stunned by the tremendous variation in flavors and textures, and found it fascinating to dissect my perceptions of each wine.

"Collectively, these are some of the most thought-provoking Zinfandels I've tasted in a very long time. They're deep, complex, lingering, surprisingly elegant and quite food-friendly. They comprise a master class in old vine Lodi Zinfandel."

Wait a second. Did somebody just use words like "most thought-provoking," "complex," and "elegant" in the same context as Lodi and Zinfandel? 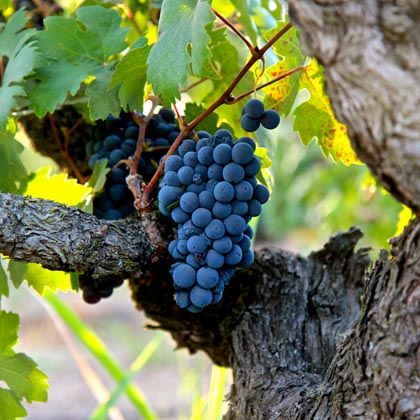 The entire premise of the Lodi Native project, as it were, is to see what happens when you do the bare minimum to Zinfandel sourced from older, heritage sites. The objective was simply to show Zinfandel in raw pristine states, unfettered by brand styles. When Zinfandel is grown and made that way, it can be surprisingly elegant – especially Zinfandels grown in Lodi’s historic Mokelumne River AVA, where sandy soils and benign Mediterranean seasons naturally yield more gentle, fluid styles of the grape…

Zinfandels, in other words, that contradict the stock image of the varietal, as a wine that is invariably overripe, fat, flabby, or excessively high in alcohol. Sure, when Zinfandel grapes are picked higher in sugar and lower in acid, it can be fat and flabby. The solution, towards which most of the Lodi Native vignerons lean: pick at lower sugars and higher acids. Where’s the beef?

California Zinfandel in general, however, has been afflicted by a common myth, or shall we say urban wine-legend, that it is somehow higher in alcohol than other premium varietals.

Well, one part of this assumption is true: red Zinfandel tastes really, really good when picked at sugar levels between 24° and 26° Brix (i.e. sugar readings), which usually convert into alcohol levels in finished wines between 14% and 16%.

But what's amusing is that, in recent memory, the overwhelming majority of all the best selling varietal wines grown and produced on the West Coast – beginning with Cabernet Sauvignon, Chardonnay, and Pinot Noir – are finished between 14% and 16% alcohol. Even the 100-point "experts" agree: virtually all of their highest rated wines have been closer to 15% alcohol or more.

Oh no, how did we ever reach such a "dreadful" state of affairs? The quick answer: because most everyone (with the exception of lower alcohol proponents) likes it that way.

Zinfandel, no doubt, has played the part of whipping boy for the smaller percentage of wine aficionados and media still longing for the "good ol' days" when grapes were picked at 22° or 22.5° Brix, and 12.5% alcohol was the norm.

Or for people who simply don't like the taste of Zinfandel, looking for any reason (rational or irrational) to knock it. That's okay, because there are plenty of people who constantly hate on Cabernet Sauvignon, Chardonnay, or whatever. That doesn't mean there's something inherently "wrong" in those grapes. It just means they don't suit your taste. 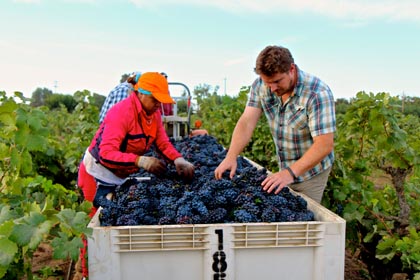 Somewhere along the line – particularly the early 1990s, to be more precise – fuller bodied Zinfandels started to get the most attention, although this was something a handful of producers began flirting with as early as the late '60s and '70s. But 20, 25 years ago, certain wineries began leading the way with slogans like "no wimpy wines," as well as with Zinfandels that were not cut in the usual way, by adding water (the vast majority of Zinfandel producers have always lowered their alcohols by simply "re-hydrating" their fermenting musts).

But it's as simple as this: the highest rated Zinfandels over the past 25 years have been closer to 15% or 16% alcohol because both consumers and critics have consistently shown a marked preference for that. The same thing, as it were, for varietals like Cabernet Sauvignon and Chardonnay. From the perspective of growers and wineries: if that's what the critics and consumers want, then it doesn't make a lot of commercial sense not to deliver that.

We have recently reached a point where a push-back is starting to make a little bit of a dent in the market. Consumers respond to trade and media, and trade and media respond to consumers; plus, of course, there is the buzz generated by blogs and Web sites. The result is a few Zinfandels – especially those by poster-child producers such as Bedrock Wine Co. and Dashe – suddenly drawing a little extra attention for their lower alcohol renderings.

Other influential producers, such as Turley, have been steadily scaling back; primarily by taking more and more control of their vineyard management, resulting in fruit maturation at slightly lower sugars in the fields, and thus more moderate alcohols. 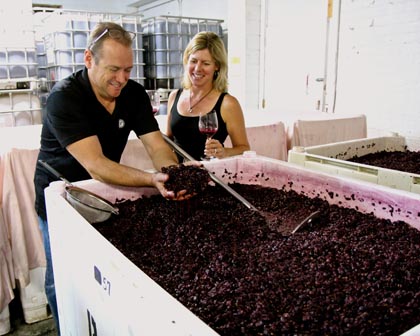 As a matter of taste, Lodi’s Bob and Alison Colarossi typically pick their Stellina Zinfandel at 24 Brix

More and more Zinfandel specialists – who obviously have never been an oblivious lot when it comes to market response – have been following suit, or at the very least hedging their bets. It's become a little more common to aim for lower Brix at harvest (24.5° seems to be a preferred target, here in 2014); or else they are simply rolling with the recent spate of cooler vintages and/or phenomenon of lower sugar "soaks" (when grapes picked at 24.5° shoot up to only 25.5° or 26° rather than 28° or 30° after they are destemmed and settled into fermentors), as well as slightly lower sugar/alcohol conversion rates.

Finally, there is that recently bandied about expression, "pursuit of balance." Much of the chatter out there has somehow linked "lack" of balance to higher alcohols. This is silly, because alcohol is always just one factor in the perception of any wine's sense of balance. It is very common, for instance, for a 15% alcohol wine to taste better balanced than a 13% alcohol wine, because aroma/flavor, acidity, tannin, etc. have as much to do with sensory impressions as alcohol in a wine. 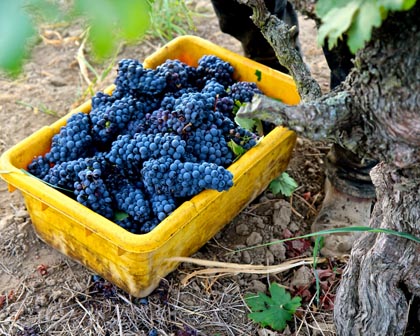 This is true for both casual wine lovers and the most seasoned wine professionals tasting in controlled situations among other professionals. In fact, professional wine judges seem to be just as tolerant of high alcohol as consumers when it comes to assessing balance in a wine. In every formal, double-blind tasting competition – be it L.A. County Fair, San Francisco Chronicle Wine Competition, or any other regional judging – the vast majority of gold medal and "best of class" Zinfandels are still in the 14.5% to 15.5% alcohol range.

Ergo, "balance" is, and always will be, a state of mind, not a percentage. Or to use another cliché: one man's ceiling is another man's floor.

Still, things are changing, as it always has. We'll probably continue to see alcohol levels receding slightly as producers respond to growing interest in wines that are less full, less ripe, less oaky, as well as zestier in acidity. They can only be successful, however, if there are enough consumers – plus alternative minded trade, critics, journalists and/or online pundits — to support this.

We are essentially talking about a change in tastes in the overall market, rather than just a small segment of it. That is to say, a further evolution of what constitutes "quality" when most people are discussing wine preferences. The recent rise towards bigger, riper, higher alcohol styles of California wines (not just Zinfandel!) did not happen overnight. Neither will a gravitation towards wines that are lighter (“light” has to become a positive, and no longer a negative), more subtle in fruit sensations, or sharper in acidity. But tastes do change; and whenever that happens, the market finds a way of setting itself aright.

Will it be a return to the 1960s/early '70s style of Zinfandels in the 12%-13% range? Possibly, but probably doubtful. But if the majority of consumers begin to show a marked preference for 13.5% to 14.5% Zinfandels, then it won't make a lot of sense for growers and producers to ignore that. You can bet your sweet bippy on it. 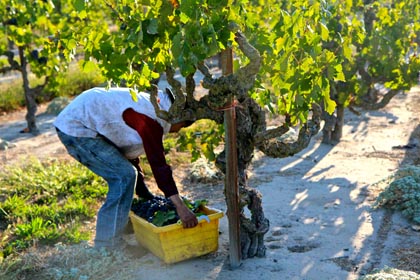