Bokisch Vineyards on all you need to know about Graciano, Garnacha and “egg” fermentations 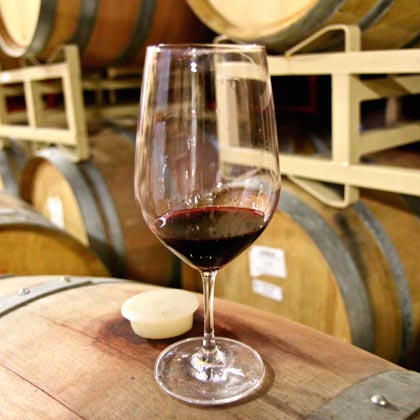 It’s old news around here: Bokisch Vineyards‘ Markus Bokisch is one of the most interesting men in the (wine) world. We especially like him for the erudite ways in which he files his harvest reports.

It’s a matter of perspective: Mr. Bokisch, after all, farms over 2,000 acres of wine grapes in no less than six of the Lodi AVA‘s seven official sub-appellations. He supplies over 50 wineries with grapes; and not just the specialty Iberian varieties for which Bokisch Ranches is best known (Albariño, Tempranillo, Verdelho, Verdejo, et al.), but also the mainstream varieties that are in highest demand (Cabernet Sauvignon, Chardonnay, Merlot, Pinot Noir, etc.).

On September 16 we visited Bokisch Vineyards’ Markus Bokisch at his spanking new winery (still being constructed as grapes were coming in) at his Terra Alta Vineyard, located in the rolling hillsides of Lodi’s Clements Hills AVA. In this video below (please click on image), Mr. Bokisch talked about the “strange, wonderful” 2014 harvest, as well as everything anyone would need to know about Graciano and Garnacha - grapes harvested by Bokisch Ranches in the early morning hours (in the dark, with pickers wearing headlamps) of that day: 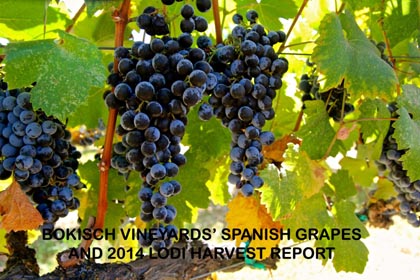 In our second video, Bokisch winemaker Elyse Egan Perry talks about fermentation in the somewhat unusual egg shaped fermentors, popping up in more and more in wineries around the world. Egg fermentors could, as it were, be more than a fashion statement: it gives winemakers another opportunity to garner the benefits of fermenting in rounded containers similar to traditional oak barrels (turned on end), only without the added taste that oak staves impart into wine.

This we do know: more and more consumers are seeking wines that taste more purely of fruit, and with more clarity of earth related nuances (minerality, loaminess, etc.) that are often buried in wines strongly influenced by oak qualities. Proof will ultimately be in the pudding – consumers will vote with their pocketbooks.

But enough with the clichés – here’s what Ms. Perry had to tell us: 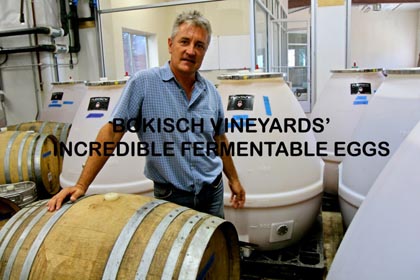 Finally, in closing, our musical ode to the 2014 Lodi wine harvest, with some of our favorite images: 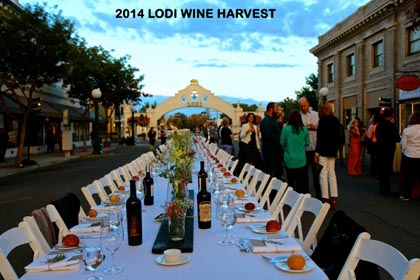