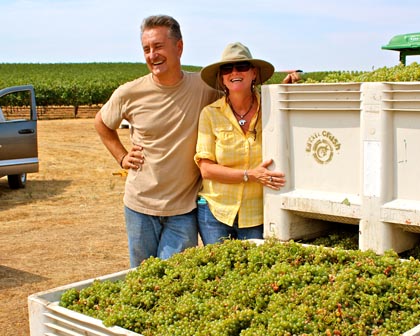 Since establishing their first vineyards in Lodi in the early nineties, Markus and Liz Bokisch have laid down roots in Northern San Joaquin Valley that have become as deep as anyone's. They now own, co-own or manage over 2,200 acres of wine grapes, with another 900 acres in development.

Although the Bokischs grow the most popular grapes (such as Cabernet Sauvignon, Merlot, Pinot Noir, Zinfandel, and Chardonnay) for over 50 winery/clients, they might be better known as one of the state's largest suppliers of Spanish grapes (i.e. Albariño, Tempranillo, Graciano, and more), which they also produce and bottle under their own Bokisch Vineyards label.

For all their success, the Bokisch family takes the time during each Thanksgiving Day to count the blessings handed down to them from both sides of the family. Liz tells us, "One of the traditions in our family is reading a letter written by my great grandfather, A. C. Fleming, in 1906, to his sister who was visiting family that lived on Bunker Hill in Los Angeles. 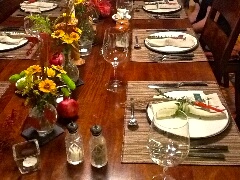 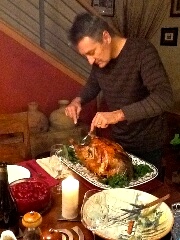 The two and a half page letter begins with these comforting words: After a cold frosty night the day opened bright and warm. TURKEY in prize condition. Evry thing looked Lovely…

Liz adds, "What I love is how they reference the 'slow food' aspect of things, expressing their appreciation of everything on the table – like Placer County oranges, walnuts from Southern California, and Oregon Apples. I also like the part at the top of the second page, where they place the bottle of French Claret, which was a gift, on the table, with the specification, not to be opened. It's just there to please old grandpa from the days of auld anxine."

Every Thanksgiving the Bokischs also honor their family history by enjoying the turkey stuffing made from the original recipe handed down from Liz's grandmother. "It's a simple recipe calling for Wonder Bread," says Liz, "which has be picked up the day before and left out to dry overnight. There's the usual celery, parsley, onion, garlic and poultry seasoning, with lots and lots of butter – we wouldn't have it any other way!"

Markus has Spanish blood on his side, which the family merges into the American holiday by adding a homemade flan to the line-up of desserts, which also includes pumpkin and apple pies, plus mince meat – which Liz says they do "every year, just like in the letter."

Finally, of course, there must be good wine: they enjoy their own Bokisch Ranches grown Rosado (a dry rosé), Monastrell, and Garnacha. "Unlike great grandfather," says Liz, "every bottle is opened… oh dear, what would great-great grandfather say about that?" 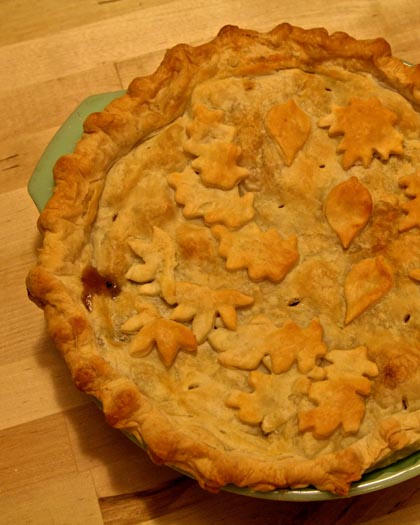 Note: If you have a larger turkey and need to double the recipe, just add one more loaf of bread, not two because you won't be able to get all the dressing in. You can also bake some extra dressing on the side, although it won't have the same flavor. 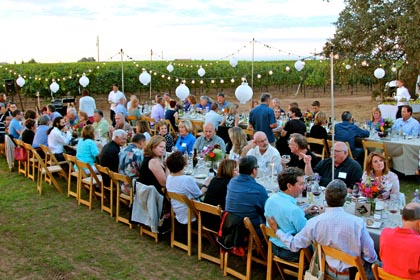