Allowing heritage vines to speak their piece in !ZaZin & REDS 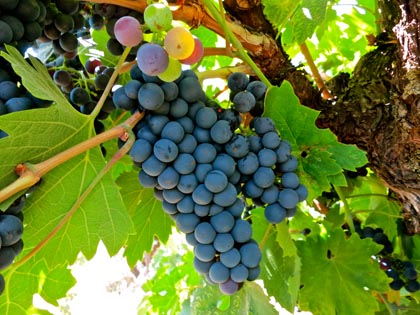 Patrick Campbell – who lives in Santa Rosa, CA, and is the owner/vineyard manager of Tierra Divina Vineyards – sources grapes from his two favorite places in the world:  the Mendoza region in Argentina, and the Lodi American Viticultural Area of California.

As such, Campbell is a busy man, since the grape harvest in Mendoza takes place mostly in March-April of each year; and in Lodi, September-October.  As we speak, Campbell is working his craft in Argentina.  Two weeks ago (early August), Campbell was in Lodi, doing what he does a half-dozen times during each growing season — walking up and down the 10 acre vineyard that produces his !ZaZin Zinfandel, located on the east side of Lodi’s Mokelumne River AVA along Harney Lane.  The vineyard’s oldest vines are about 105 years old, and they are inter-planted with an equal number of vines planted in the 1960s. 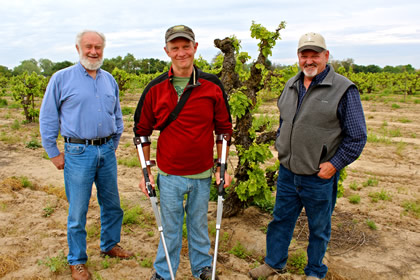 Commenting on how the grapes were looking here in 2012, just after going through veraison – when the grape skin colors turn from green to purplish black – Campbell told us, “this year is looking very good – clusters are loose, not a lot of fat berries, not a lot of shot (i.e. stunted growth) berries or second crop (small green clusters, lagging behind) to drop.” 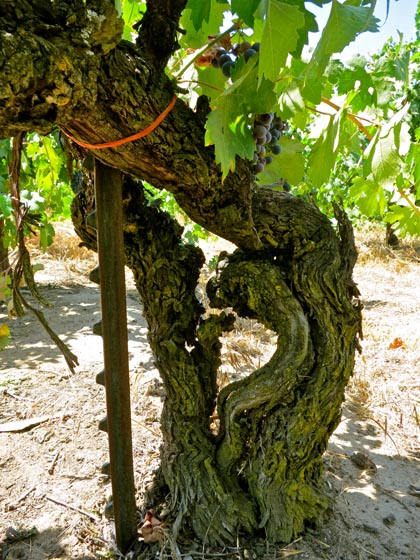 Not that Campbell defines top quality vintages as years when Zinfandel clusters have the highest percentage of even sized berries.  “One of the neat things about Zinfandel is its variability – the combination of ripe and not-so-ripe grapes reaching the sorting table.  You can get homogenous, monolithic wines from evenly ripened berries, but not necessarily more complexity.  It can very tiring to drink a one-dimensional, ultra-ripe, jammy Zinfandel – you want a Zinfandel to have layers of aromas and flavors.”

Old vines that can grow “naturally,” and set the just the right amount of crop and canopy without a lot of interference – like irrigation, leaf thinning, cluster dropping, etc. – are what sets Lodi apart, according to Campbell.  This is why he chooses to work in Lodi and Mendoza (where he works primarily with Malbec grapes):  “in both places, I find old vineyards, old farming families, less ego…”

But these “heritage vineyards are not good because they are old,” Campbell reminds us.  “They are old because they are good… roots run deep and guard them against variables of each year – hot weather, cold weather, drought, rain, rot… over time, heritage vineyards ‘learn’ long-term survival skills.  They generally produce very moderate crops, but the fruit invariably has a flavor integrity and depth that younger vines cannot produce without a lot of intervention.”

Proof, as always, is in the bottle…

Exhibit A, being the 2010 Lodi !ZaZin, crafted by Mr. Campbell and his longtime Tierra Divina winemaker, Ray Kaufman:   at $15-$18 average retail price across the country, this is a native yeast fermented Zinfandel aged entirely in neutral barrels (pre-used French oak) that allow the taste of the grapes, rather than the hand of a man, to shine through – effusively, in this case, of pure red berries (raspberry and black cherry) and the sweet/smoky/savory taste of fermented black tea, laying down in thick yet seamless, languid, lush waves across the palate. 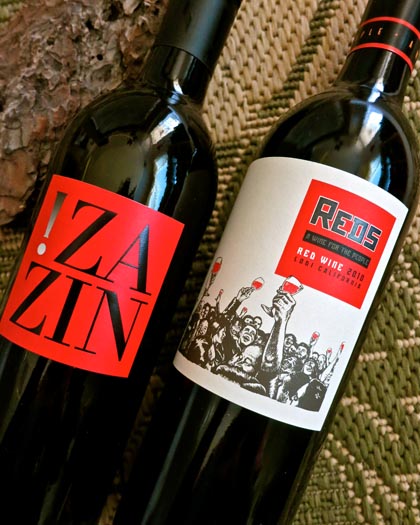 Exhibit B is Campbell and Kaufman’s 2010 Lodi REDS (“A Wine for the People”):  at just $12-$14, an even more outrageously priced expression of the seemingly effortless richness, depth and balance possible in Lodi’s heritage vines – in this case, a blend of Zinfandel (60%), Carignan (30%) and Petite Sirah (10%), also exuding the black tea and bouncy red berries, with a little bit more of a Bing cherry perfume, enticing the nose and sinking like soft, velvety pillows in the mouth.

This year Campbell expects to be picking his Zinfandel by the middle or third week of September – usually the older vines in the !ZaZin vineyard first, and the younger vines some time afterwards.  “24.5° Brix (i.e. sugar readings) is about as far as we ever go – we want to avoid raisined fruit to produced a balanced style of Zinfandel, not the 30° Brix, big-alcohol, residual-sugar style like some other folks…

“I’ve been making wine in Lodi for some 20 years now,” say Campbell.  “I saw the potential then, and I see now how that potential is being realized.  Thank goodness so many farmers had the foresight to keep thousands of those old head trained Zinfandel and Carignan vineyards in the ground.”

And thank goodness for vintners like Campbell, who honors the vineyards he works with by allowing them to speak for themselves, through every bottle of !ZaZin and REDS. 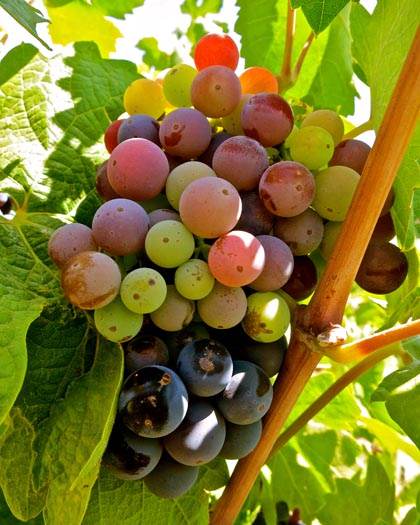