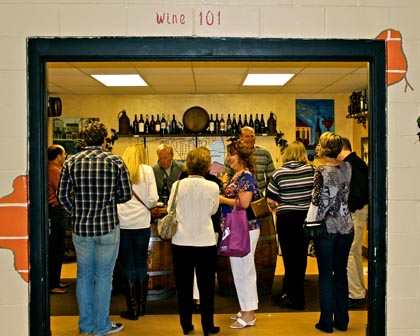 These are the good old days…
- Carly Simon (Anticipation)

At an event that is called Lodi Spring Wine Show, which took place on Lodi Grape Festival grounds this past weekend (March 30-31), you would hope and pray for wines that taste of spring:  growth and renewal, hope and light, freshness and flowers, love in the air, palpitations in our glass.

As seasonal serendipity would have it, we got that, thanks to a number of Lodi wine producers (there were 40 total pouring their wares) showing off some of their latest releases, as well as wines which are still a few weeks away from being officially released for sale.  On one hand, it’s frustrating to taste a captivating wine that you cannot yet buy; but on the other, it’s so much fun to taste something that whets your appetite for things to come. 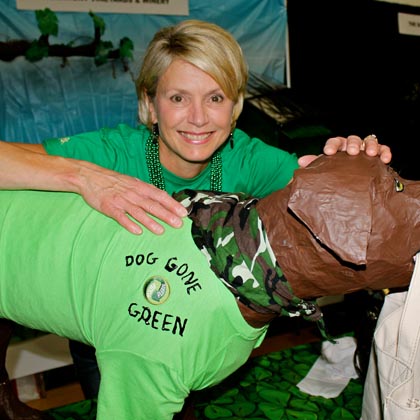 Isn’t that what we do in spring?  Plant seeds – in the ground, or in our hearts, minds or palates – and then set to wait with bated breath.  Good wine – and for that matter, food, love, gardens, everything we love in life – taste so much better when wrapped in anticipation.

Also at the Lodi Spring Wine Show, rising star chef/owner Ruben Larrazolo of Alebrijes Mexican Bistro (newly relocated on W. Oak St. in Downtown Lodi) gave a nifty demonstration of “how to use leftover wine.”  You may ask, how else to use leftover wine except to drink it?  True, so true, but oft-times, for particularly prodigious shoppers, even good wines pile up in our fridges.  Chef Larrazolo demonstrated possible use of said wines in the making of delicious sauces and salad dressings, as well as (just in time for spring thirsts!) a wonderful Agave Nectar Sangria – Agave Nectar being the aguamiel, or “honey water,” extracted from the piña, or pineapple-like core, of the blue agave cactus – a recipe for which you will find at the end of this blogpost. 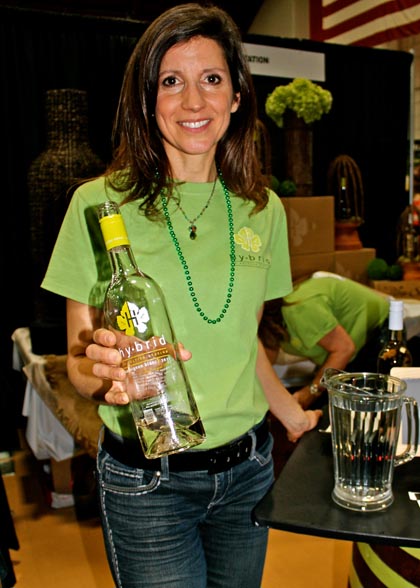 2011 Bokisch, Terra Alta Vineyard Clements Hills-Lodi Albariño ($16) – For going on ten years now, Bokisch has been Lodi’s leading producer of this grape (which would make Bokisch the leading Albariño producer anywhere in the world outside the grape’s native Rías Baixas, Spain).  Here is the kicker:  in 2011 Bokisch produced its finest Albariño ever.  How so?  Through the hands of both man (i.e. owner/grower Markus Bokisch) and Mother Nature, grapes were cultivated for picking a little sooner on the sugar/ripeness scale than in previous years, resulting in a significantly lighter style of Albariño (about 12.5% alcohol) that is also fresher, fragrant in extremis (citrus/lemon and tropical/mango-like perfumes), brighter, zestier, zingier than ever.  OMG, AWESOME, COOL, WICKED, WEPA, SWANK… anyway you spin it, this white wine is one to sing about.

2011 McCay, Lodi Tres Blanc ($22) -Borrowing Jack Johnson, bella che fa, bonita qué tal?  Je ne comprends pas français, although it matters not what this wine is called or how it was made:  enough to say that winemaker/owner Michael McCay has hit still another sweet spot with this still-to-be-released, bone dry yet intriguingly exotic, lemony crisp and light, lithe white wine, exuding spring flowers, honeydew and slices of God’s green apples.  It is, incidentally, a rather unorthodox blend of the Roussanne, Viognier and Verdelho grapes; making it a vinous mestiza of sorts – but oh, how she sways…

2011 Hybrid (by Peltier Station), Lodi Sauvignon Blanc ($8) – The newly released first vintage of this remarkably well priced varietal by this producer; fashioned in a style winemaker J.C. van Staden describes as “like South African/New Zealand but less obviously fruity, with the natural cut-grass, lemon and grapefruit qualities of the grape.”  It is also very much in keeping with the emerging contemporary taste for white wine:  dry as dry can be, very light in the feel (12.8% alcohol), and refreshingly tart – in other words, the opposite of fat, buttery and/or tutti-fruity.  Stay thirsty, my friends. 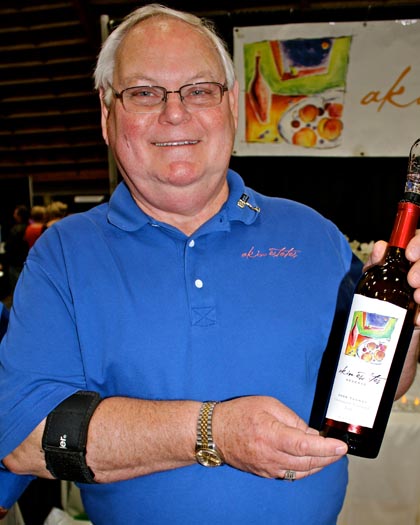 2010 Bokisch, Terra Alta Vineyard Rosado ($16) – Another totally cool and refreshing wine – this one, a pale pink colored rosé – coming to us at just the right moment, when sap is on the rise and hope springs eternal.  The Garnacha grape gives this wine a fresh cherry fragrance, while judicious blending of Barbera adds mildly zesty notes to otherwise soft, round, fleshy, bone dry sensations.

2010 Vicarmont, Lodi Merlot ($20) – Even serious Merlots are never anything to intellectualize about:  you simply enjoy the chocolaty rich black cherry fruitiness such as what you find in this bottling, draped in full yet velvety textured layers of flavor, plumped up by firming tannin.  Another first class rendering by grower/owners Vic and Carrie Mettler.

2008 Akin, Christesen Reserve Lodi Tannat ($20) – Finally, a wine for serious red wine lovers:  nearly black colored, punching you in the nose with aromas of liqueur steeped black fruits, roasting meats, dusty loam and whiffs of leather.  Yet amazingly, the palate is not nearly as weighty as what the nose tells you it might be, coming across as medium-full to full (13.9% alcohol), the tannins dense in feel yet far from harsh or tough, finishing on a bright, zesty note.  Nonetheless, a wine you might wanna savor with pot roasts or stews.  Coq au vin rouge, anyone?

Now, for that perfect spring pause that refreshes:

Combine all but the sparkling water into large pitcher and refrigerate.  Add the fresh fruit and soda water with ice, topping with mint springs, just before serving.