Zinfandel (and ZAP) at a crossroads 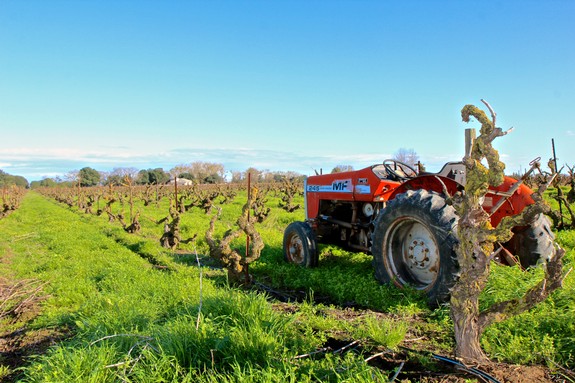 This is the Big Week for Zinfandel Advocates & Producers (a.k.a. ZAP): their annual Experience in San Francisco, self-billed as “the world’s largest single varietal wine tasting event.”

This year, three days of seminars and parties are capped by a “Grand Tasting” at Pier 27 on the Embarcadero on Saturday, February 27, 2016; when consumers may pick and sip among hundreds of wines, produced by California’s finest Zinfandel specialists. A literal Bacchanal.

Though, these are funny times for Zinfandel. As a varietal, it is still an awkward, bratty, painfully hormonal adolescent. Yet in many ways, it is thanks to the founders of ZAP – classic producers like Ridge, Ravenswood, Rosenblum, and a meritocracy of a few others – that the Zinfandel grape avoided what looked like an inevitable demise as a major red wine varietal, back in the mid-1990s. Those were the days, many will recall, when most of what was being grown was being churned into the discernibly sweet, fruity pink wine we know as White Zinfandel. 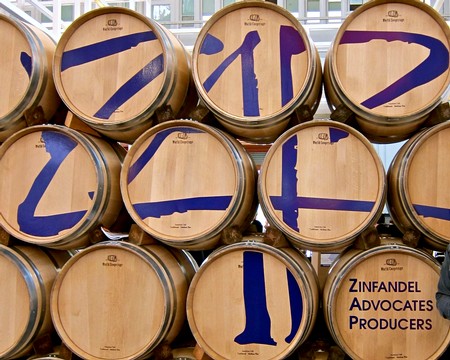 Not that there’s anything wrong with White Zinfandel. Lovers of sweet, fruity pink wines deserve their desserts, too.

But instead, the positively huge response to ZAP’s yearly events lit up renewed ardor for the grape in its true, black skinned guise: as a lush, generous, oft-times spicy red wine. Delicious with an endless variety of foods; delicious by itself, in all its big, bad, brazen badda-bing badda-boomness.

The trend of “serious” producers dropping the varietal from their lines in favor of so-called “classic” varietals such as Cabernet Sauvignon, Merlot and Pinot Noir was suddenly reversed. New fangled specialists, such as Turley and Robert Biale, also popped up, creating almost cult-ish followings for pricey, single-vineyard bottlings. At a time when video had killed off the radio star, Zinfandel was being saved!

Or was it? Somewhere along the line, Zinfandel began to lose some of its luster. The latest Nielsen market reports are showing a slight decline in consumer interest in the grape as both a red and pink wine. You can chalk this up to the fact that almost all trends eventually putter out. Chardonnay sales, for instance, have been leveling off, and Merlot has never quite recovered from its post-Sideways malaise. Yet, on the other hand, interest in Cabernet Sauvignon is still growing through the roof; and Sauvignon Blanc and Pinot Grigio, of all things, are more popular than ever. 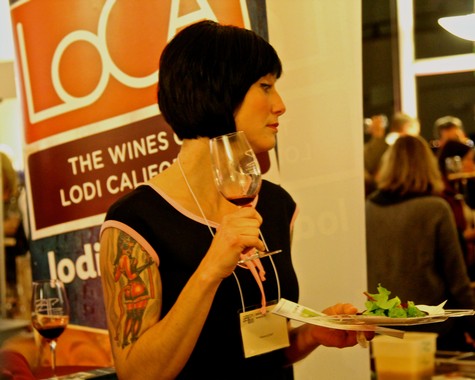 So what’s up with Zinfandel? For one, the very things that made Zinfandel such a favorite red varietal 10, 20 years ago. When ZAP began heating up the ‘90s, consumers were just “discovering” the joys of big, juicy, jammy and, frankly, sweetly oaked red wines, and Zinfandel fit the bill. “No wimpy wines!” was a popular mantra, and the t-shirt is even enshrined in the Smithsonian.

Well, guess what: many wine lovers, especially younger ones, now seem to be gravitating to “wimpy.” They want their wines a good 2% or 3% lower in alcohol. Dryer and edgy with tartness rather than annoyingly fat or fruity. Many of them hate the taste of oak; and the smoky, sweet, pungent, caramelized, oft-times furniture polish-like taste of oak is practically a Zinfandel signature, even if barrels have nothing to do with the natural taste of the grape.

Here in our second decade of the new millennium, we seem to be living in a wine world heavily influenced by sommeliers. Everyone is studying to be a sommelier. Like Spartacus, everyone is a sommelier, whether or not they are working in a fancy restaurant.

But take a look at the long, seemingly all-encompassing wine lists being written by top sommeliers in the best American restaurants today. Find any Zinfandel on those lists? Maybe one or two, if not zero; but certainly nothing comparable to the long lists of Pinot Noirs, Cabernet Sauvignons, or even wines that many sommeliers wish people would drink more of (i.e. Riesling, Ribolla Gialla, Mencía, Blaufränkisch, etc.). Today’s Zinfandels, it seems, are not quite up to snuff in the sommeliers’ world. 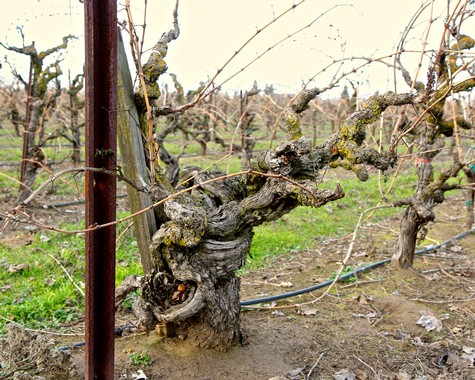 In a post in his popular blog Vinography this past November, Alder Yarrow fesses up to some of his own reasons why his enthusiasm for Zinfandel has waned like a shrunken orange in recent decades: 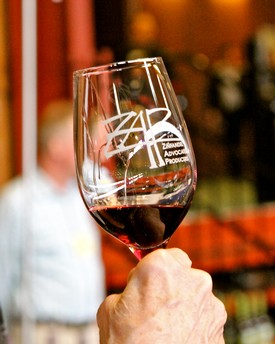 Let me begin with total honesty. I fell out of love with Zinfandel. When I first got into wine, I loved the carefree jubilation that spilled out of every bottle of Zinfandel I opened. Zinfandel is a wine that makes no apologies for its exuberant fruit.

As authentic as this personality can be, Zinfandel all too easily strays into the realm of caricature. If its boisterous blackberry, black pepper, and blueberry essence is good, surely a bit more of that is even better, right?

Wrong. As much criticism as California Cabernet receives for a shift towards bigger, better, richer, and riper in the last 20 years, in some ways Zinfandel's shift has been even more egregious.

Zinfandel probably started off riper than Cabernet to begin with, as it easily strays into the high 14% and low 15% range while continuing to develop those rich flavors that so many seek from the grape. But in addition to being left longer and longer on the vine beginning in the late 1990s, winemakers in California began to apply increasingly higher levels of new oak to the wines, resulting in bigger, richer, jammier, and sweeter versions of the grape. After a while I just got tired of it.

Apparently I do have a threshold for fruit overload, especially when that fruit is offered almost in singularity, with few other dimensions of interest. And this is precisely what became of California Zinfandel until recently. Many, many of these wines left behind nuance for power of fruit, and as a result, became less interesting to me.

And, ta-da! Yarrow goes on to describe a recent taste of an Amador County grown Zinfandel plus, “around the same time... a box of six Zinfandels from Lodi, all bearing the same label, but from different producers.” It was Yarrow’a discovery of six 2012 Lodi Native Zinfandels – deliberately crafted in a lower key fashion to emphasize the taste of vineyards rather than the sweet, jammy, oaky taste typical of the varietal – that Yarrow found to be “transformative, not only for my vision of what California Zinfandel had become, but also for my opinion of what Lodi was all about. I was back in bed with Zinfandel.” And not only that, the Lodi Natives “also inspired my faith in the future of California wine.” 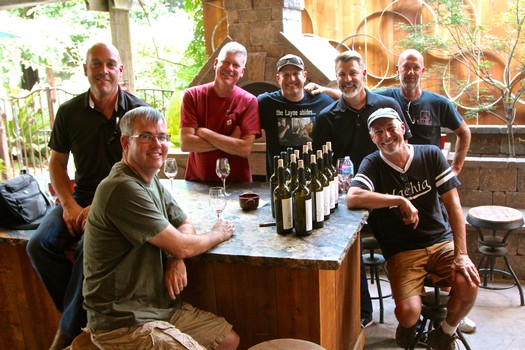 Here’s the thing: most Lodi grown Zinfandels, like most commercial Zinfandels from everywhere in California, are still produced primarily to appeal to consumers with a  yen for the jammy, sweetly oaked taste commonly associated with the varietal category. But if you go to the ZAP Experience Grand Tasting this Saturday, you will be able to taste a small but growing number of Zinfandels made more in a style similar to the Lodi Native project.

That is, more Zinfandels that

2. Veer away from the heavy-handed oakiness.

4. Have a lip smacking tartness, rather than fat fruitiness.

As we said, these are funny times for Zinfandel. Grower and winemaker styles are transitioning, slowly but surely, in order to keep up with evolving consumer preferences, and the tastes of all those pesky, slow-to-buy-in sommeliers. We have the three Rs (Ridge, Ravenswood and Rosenblum) to thank for firing up the popularity of the grape, which still dominates the Lodi landscape. But the crafting of Zinfandel as more subtle expressions of terroir (i.e. sensory sense of place), rather than brand or varietal caricatures, is still a long time coming.

But you know, the darkest hours are still in the ‘80s or ‘90s. No one here in the Delta is really afraid that Zinfandel will go the way of radio, or video, stars. There are too many consumers in Europe and Asia now clamoring for varietal bottlings, even if consumption in the U.S. is in a slight funk. Now there’s Cuba, plus that giant continent down below that, as Randy Newman sang, stole our name (South America). Things are looking good. We're going to be great again.

Meanwhile, back at the ranch, we are also trying to take that next step: popularizing the grape as a more delicate, floral, earthy style of red wine, which Lodi seems to naturally engender.

Join us at ZAP! 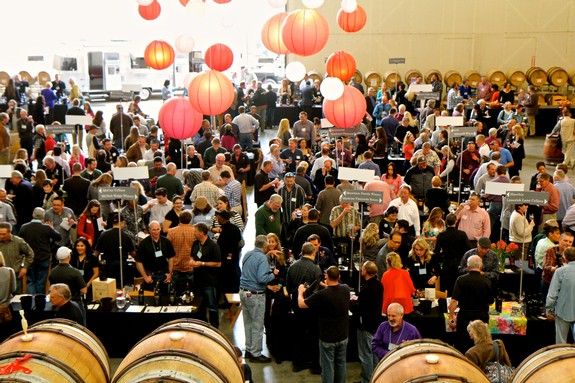 Bob
@ Feb 24, 2016 at 6:02 AM
Now if only some of those Lodi Zins would make it to the northeast, maybe I'd start drinking California wine again. They sounds like just my style of wine.

Marc
@ Feb 26, 2016 at 7:05 AM
I am 49 years old and for me the halcyon days of Zinfandel were the 90's. I actually wish more Zins were like, say, a 1997 Turley Dogtown. I enjoy Turleys less now than then. Rather than finger alcohol content, I would place blame on prices. From Ridge to Bedrock, Biale to Carlisle, Turley to Dashe, the prices for high end or single vineyard wines are too lofty for everyday consumption.

The "sameness" of quality gets boring with what is out there for under $20. The best of Ravenswood, Rosenblum, Ridge used to be more affordable. Prices go up, end buyer salaries do not. If I am spending $35 to $40 on a bottle of wine, it will be an entry Barbaresco not a Zinfandel.

California Zinfandel used to be an important arrow in my quiver as I tend to drink mainly Loire wines, cru Beaujolais, Piedmontese reds, and Northern Rhone Syrah. But I hardly look at Zin when browsing in retail stores. That saddens me.

Deano Vino
@ Mar 30, 2016 at 12:29 PM
Just Made my first Zinfandel out of Perrin Farms the Back 4 Rows Planted in 1960. The Petite Sirah was then grafted to Zin Vine in 1996. So I like, No I love Lodi Zinfandel and Petite. The Lodi Native Program is Genius and the wine is great. I love balanced wines that reflect Vineyard and Varietal correctness. The Beauty about Zin is it's Variations of styles one can obtain from the grape. Harvest Early and get Flower notes on the Nose and Harvest Late you get Fig and Raisen notes. I like a well balanced Fruit, Minimal Oak intervention 30% less, and good bright acidity which translates into earlier Harvesting at younger Brix levels Like last year I got in at 24.8 B and I am Happy for it. Robert Mondavi said it best Drink What you like and Like what you drink! I think it pertains itself into the wine-making aspect of things as well in regards to the Wine maker where it is their final thumbprint of what style or what they are trying to convey. They could be going all Natural like Lodi Native Or they can go the way of the Trinchero and CK Mondavi or Woodbridge and make it for the masses at the 5.99 stunner. I shall be the part of the Vineyard, Varietal , & Vintage mantra. I am a middle of the Road kinda guy. We made a whopping 396 cases of Reds Zin & Petite so I love Lodi and all that grows there. Go Lodi, Go Zinfandel. Oh P.S. I dont follow trends I set them.