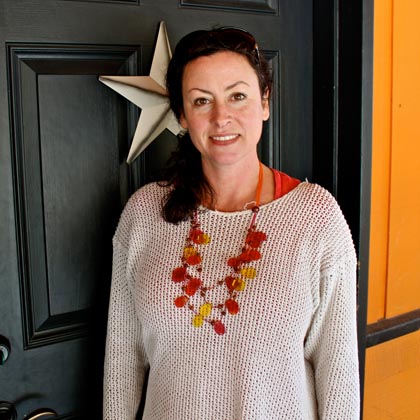 Ursa Vineyards is made up of the husband and wife winemaking team of Greg Stokes and Deborah Elissagaray, who founded their own winery in the Sierra Foothills sub-AVA of El Dorado in 2001.

Yet a large part of Stokes and Elissagary’s book comes from grapes grown by Ron Silva of Silvaspoons Vineyards, located in Lodi’s Alta Mesa AVA.  Particularly one that pays homage to Ms. Ellisagaray’s Basque heritage:  the black skinned grape called Tannat.  They also produce varietals from Silvaspoons grown grapes of Portuguese origin; including Verdelho for white wine, and Souzão for a smooth, bouncy table red as well as a sweet Port style red. 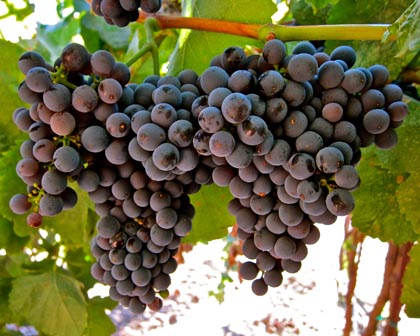 Stokes and Elissagaray met while they were both part of the winemaking team at David Bruce, during that storied Santa Cruz Mountains winery’s resurgence in the nineties.  Stokes is also a highly regarded viticulturist. who has been supplementing the family business with consulting gigs for numerous vineyards in California as well as in other states, like Texas and Georgia.

Says Elissagaray, “before we got together, I had been working on a Basque blend that I had hoped to emulate Irouléguy” – a historic region in South-West France that makes predominant use of the Tannat grape, known for its powerful tannin and dark pigmentation.

“The idea,” adds Elissagaray, “was to honor my father’s Basque roots.  He came to the U.S. from Saint-Jean-Pied-de-Port (a Pyrénées Mountains town on the French side of the border from Spain, near the Bay of Biscay) when he was about three years old.  My father’s family settled in San Joaquin Valley, but they always remained very Basque, keeping to themselves in their own community.  Growing up and spending my summers there, I came to appreciate those ties. 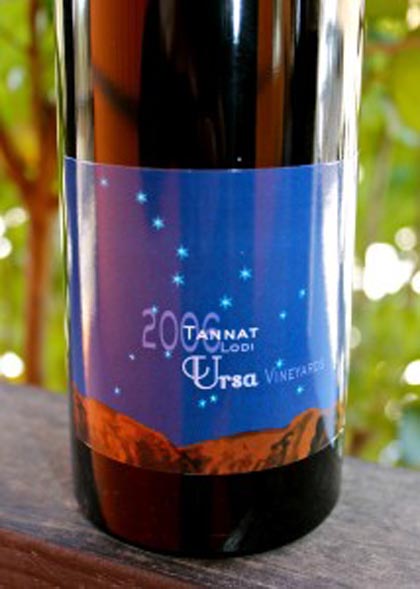 “After I got into winemaking I began looking for Tannat, and the only source in California that I could find at the time was Silvaspoons Vineyards, owned by Ron Silva.  At first we thought of blending the Tannat with Cabernet Pfeffer (an extremely rare crossing of Cabernet Sauvignon and another Vitis vinifera of unknown identity) and Sangiovese, but that project never really got off the ground.”

Stokes tells us, “we bought Tannat for our first vintage in 2001 – I think we were one of Ron’s very first customers.  The Tannat never made it into Deborah’s Basque blend, but we fell in love with the grape anyhow, and have been making it every year since.”

The 2006 Ursa Vineyards Lodi Tannat ($18) is indeed a thing of beauty – as exotic, iron clad maidens with grips of steel and wicked, untamed ways go:  aromas of sweet blackberry mixed with roasting meat and an earthy, elemental, almost fromage-like pungency; coiling out from a thick, musclebound, full body with stiff jabs and lethal uppercuts.  Elissagaray describes it as “all about lamb… it needs that chewy meat,” while adding that “it is not a fruity varietal like Zinfandel or even Cabernet Sauvignon… the fruit is plummy, but always tinged like a smoky room, often with leather, tobacco, and in some vintages, anise notes.”

Elissagaray credits Stokes for Ursa’s increased mastery of the grape, which is known for often bruising tannin – the phenolics derived from the bitter seeds and skins of grapes.  “Greg is very good at pulling fruit out of the vineyard at just the right moment (ideally at sugar readings of 24.5° to 25° Brix), and also at pulling it from the skins before it finishes fermentation.  Tannat is not like other grapes – if you don’t separate the wine from the skins before the wine ferments all the way, you’re left with too much bloody tannin.” 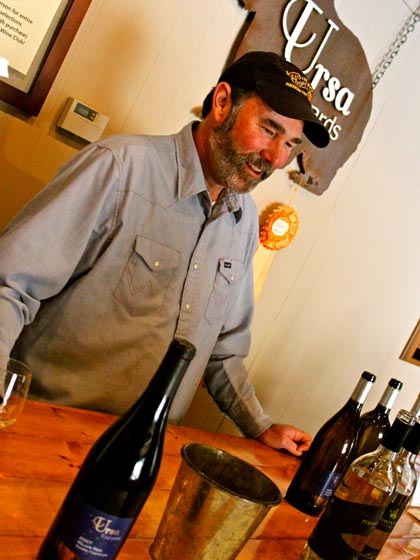 Impressed by Silva’s viticultural prowess, Stokes and Elissagaray began making red wine from another one of Silva’s favorite grapes:  the little known black skinned Portuguese grape known as Souzão.  The 2009 Ursa Vineyards Alta Mesa-Lodi Souzão ($18) is also a delicious alternative to the Ursa Tannat:  a much friendlier, slinky, sleekly textured red wine with an intoxicating black cherry/strawberry perfume and suppleness – a rendering of provocative flesh against a black, delicately strapped backdrop, like Sargent’s Portrait of Madame X.

Says Stokes, “the Souzão really fits in with our program.  It makes a huge wine like Petite Sirah, but much softer in the tannin department.  It’s one of those varieties that people resist because they haven’t heard of it, but once they try it they love its sheer drinkability.”

If all this sounds like the perfect excuse to drive up into the hills of El Dorado County, that’s because that’s exactly what it is:  you’ll be rewarded by some startlingly unique experiences wrought by a pair of immensely talented winemakers. 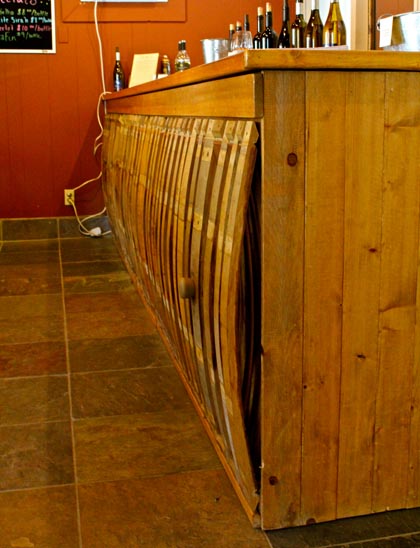