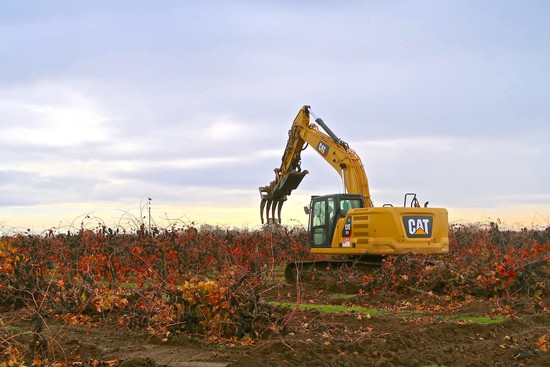 Sign of the times: spur pruned Lodi Zinfandel vineyard being uprooted at the end of the 2019 vintage

The California wine grape industry, according to all reports, has reached another point of oversupply in its long history of cyclical growth, although there are some conflicting opinions as to how to deal with the situation this time around.

The most sensational view was put forth by Jeff Bitter, president of Allied Grape Growers. At a "State of the Wine Industry" session taking place at the Unified Grape and Wine Symposium last week in Sacramento (as reported in winebusiness.com), Bitter said "about 30,000 acres of winegrapes need to be pulled statewide so the market is balanced once again." According to Bitter, "The state’s bearing acreage needs to be 560,000 acres or less."

At the same Unified Grape session, Danny Brager, a senior vice president at Nielsen (a global information, data and measurement firm), explained that the primary reason for the state's current state of oversupply is because "per capita wine consumption remains flat and wine share of alcohol is down... Total wine sales grew by 1.1 percent in 2019."

Earlier this week, in an interview with Fresno's KFSN (an ABC affiliate), Bitter stated: "The fact that grape prices are down alone doesn't necessarily mean wine prices are going to come down." Added, Bitter, "Grape costs amount to just 15% of the cost to make a bottle of wine." Noting that wine shipments have slowed down as California winegrape acreage increased by 20% over the past decade, Bitter explained, "What would drive prices down more for wine would be the fact that there's an oversupply in wineries, and they're going to look to discount inventory in order to move it."

Whatever Bitter may be saying, the industry's current oversupply already seems to be making some kind of impact on wine pricing at the retail level, judging from the recent hoopla making national news surrounding the announcement by Trader Joe's that they are bringing back the famous "Two Buck Chuck" — the $1.99 bottles of wine that first made their appearance in January 2002 as a direct result of the last major winegrape/market imbalance in 2001. Attention, shoppers! Or at least Trader Joe's shoppers living in California (for the time being, Two Buck Chucks outside of California will sell for $2.99).

In his recently released 70-page Silicon Valley Bank "State of the U.S. Wine Industry 2020" report, the institution's Wine Division Founder Rob McMillan proffered this insight: "The Charles Shaw label — a.k.a. "Two Buck Chuck" —was one example of the creative measures employed at the time... Thanks to several brands launching super-value price points during that period... the swell of excess bulk wine in the North Coast was soon right-sized."

If anything, the current state of oversupply cited by industry spokespersons like Bitter applies to the entire state, not just the Lodi AVA or the Southern Interior (i.e. Stanislaus, Merced, Madera, Fresno, Kings, Tulare and Kern Counties). "Unpicked fruit (in the 2019 harvest) are the words of the day!" according to wineindustryadvisor.com, reporting on the February 10 figures put out by the California Department of Food and & Agriculture Preliminary Grape Crush Report.

Wine Industry Advisor goes on to say that in 2019 "red wine grapes were down 12.8% while white grapes were only down 4.3%, indicating that varieties such as Cabernet Sauvignon, Pinot noir and Zinfandel may have been the varietals left on the vine!"

According to Johnny Leonardo of Ciatti Global Wine & Grape Brokers (one of California's largest bulk wine and grape brokerage): "In 2019 District 11 (Lodi) was down -9.4% overall to 770,992 tons following the record producing crop of 2018. The region saw significant decreases in Zinfandel -16% and Cabernet -17.9%. Like much of the state this was partly due to a stagnant market which left some vineyards unharvested. Sauvignon Blanc was one of the few varieties to increase up 15.3%."

Leonardo also notes that the Zinfandel harvest was also down by 18.2% in "District 3 (Sonoma)," while Ciatti's Glenn Proctor adds that the entire state's Cabernet Sauvignon tons crushed "were down over 106K tons (-15.5%) from 2018 for a total of 574,285 tons." Proctor adds, "The main reason (was) tons left on the vine and not crushed this year. Cabernet Sauvignon tons had continued to grow in California over the last few years, led by new plantings in many of the Coastal and North Valley areas of California." 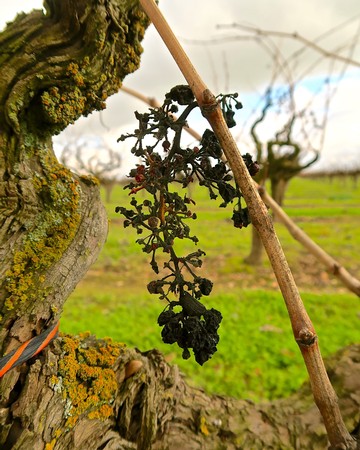 Not everyone concurs with Bitter that California's current oversupply primarily reflects overplanting. In his 2020 Silicon Valley Bank "State of the U.S. Wine Industry" report, McMillan writes:

"Our current oversupply in California and Washington isn't due to speculative overplanting. It's due to the wine industry's growing miss in not providing consumers what they want. That's not an adverse statement about the quality of what our industry produces. We've never made better wine. But based upon our current results, making great wine isn't good enough for the consumer today. We are increasingly missing the mark on consumer expectations."

The distinction that McMillan makes is that "the 2001 planting bubble was a reaction to overplanting... a classic boom-and-bust farming cycle." Today's current market conditions, says McMillan, are due to the "overestimation of sales growth rates by wineries, leading to an inventory bubble... We've never experienced excess inventory because of declining consumer demands." 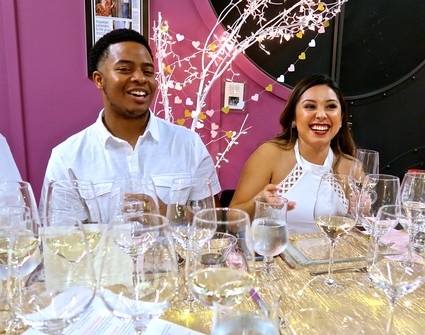 McMillan splits hairs because of how he perceives the current consumer market, which according to 2019 Nielsen Beverage figures is showing a steady downturn in sales of wine in the under $9 segment alongside consistent increases in the above $9 categories. It is the $9 to $19.99 price categories, says McMillan, that are "where the most growth is found today."

Where the industry is "missing" the mark, contends McMillan, is the abject failure to connect with "younger, health conscious consumers" — namely millennials. The danger is the fact that "baby boomers, with 70% of the disposable income and more than 50% of the wealth in the U.S., are still the dominant consumer of wine today." Boomers, however, "are exhibting changing spending patterns due to age, health and retirement concerns... the median boomer will reach the normal retirement age of 66 in 2021."

In mid-November 2019, generous row of unclaimed Charbono on the east side of Lodi's Mokelumne River AVA

McMillan makes the point of saying that it is not as if millennials aren't interested in wine. It's just that they aren't spending as much on wine as was predicted just a few years ago. In fact, they are spending less on consumer goods in general — much of this a byproduct of economic circumstances — than both boomers and Gen Xers at the same age. Heck, many of them still live at home with their parents! Millennials, who "should be the largest growth opportunity for the U.S. wine industry, are not presently engaging in the wine category as once imagined." Most notably, "they haven't made noticable movement to be premium wine consumers for almost five years."

Nonetheless, McMillan points out a number of ways in which the wine industry has been as slow to adjust to the needs of millennials as millennials have been to step up to the plate to become premium wine consumers. He challenges the industry's current basic appproach to wine merchandising by making these points:

"Today, we are still selling 'long, warm days and cool nights.' We are talking about the wine, the pH ands Brix at harvest, the harvest date or the special soils. Often, we talk about the owners and their backgrounds, their accomplishments and successes, if not about the family's history. We sell hospitality and gracious living, with a nod to the lifestyles of the rich and famous in many cases. That worked for boomers, but that message is at best wasted on millennials and at worse is turning them off. 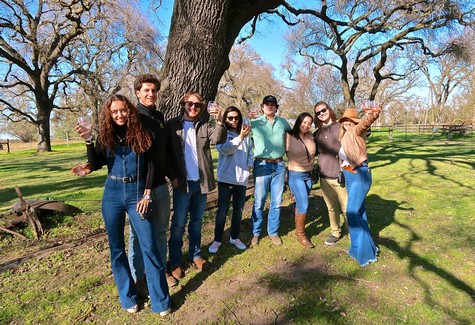 "Millennials don't trust the rich, are skeptical about inauthentic or opaque marketing and don't care about your family's name on the bottle. They are more interested in what's in the bottle (our italics) — the ingredients and additives — and how you make the world better."

McMillan applies observations of how millennials decide upon all consumer purchases to what the wine industry is missing in connecting to them: "Social responsibility is important to millennial consumers. That's a factor embedded in their purchase decisions. They are driving change in boardrooms, insisting that companies consider how they impact both the earth and society as a whole." 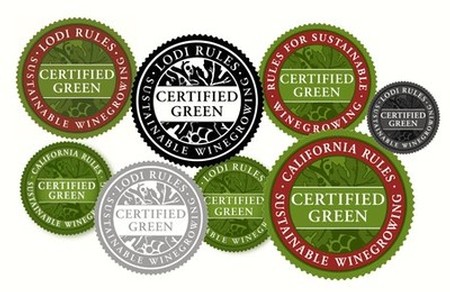 The good news, says McMillan, is that many segments of the wine business do, in fact, prioritize sustainability or organic winegrowing practices (re Lodi's industry leading LODI RULES for Sustainable Winegrowing, which now includes "Certified Green" seals on bottles), but "little of that shows up in marketing a bottle of wine today, and none of it appears in terminology and graphics the young consumer expects." This, says McMillan, is a giant "miss," especially considering the fact that "wine couldn't be more natural, especially when compared to other alcoholic beverages... not letting the consumer know just how few additives are in wine and how naturally it's made is a lost differentiator..." 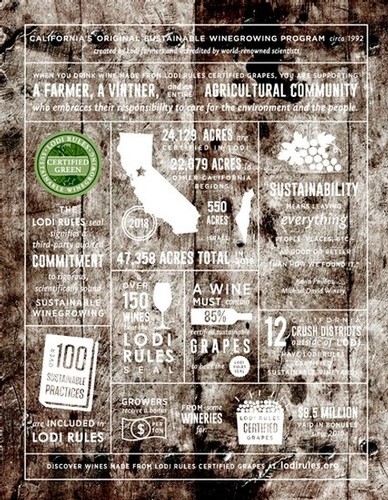 Otherwise, McMillan makes note of the physical limitations of relying on direct sales in family winery tasting rooms, as well as the promising yet sluggish movement of recent DTC (Direct to Consumer) sales figures. One of the keys to survival, he advises, is to dedicate staffing towards the targeting of "remote consumers": "Getting in front of a consumer who is a perfect fit for your wine, but lives 1,000 miles away..." Ideas to consider, in this case, include doing live online video streams from the winery, streaming virtual winemaker tastings, linking Spotify playing lists being played in the winery, and any and all other ways of employing technology to bridge the gap between the source and distant customer. 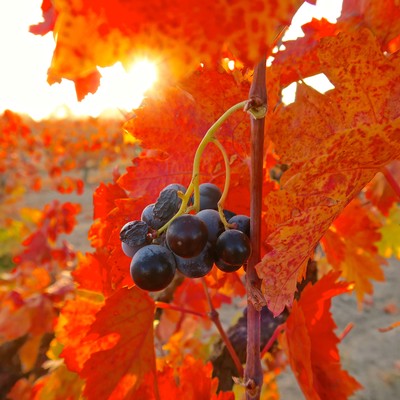