The significance of own-rooted old vines in Lodi 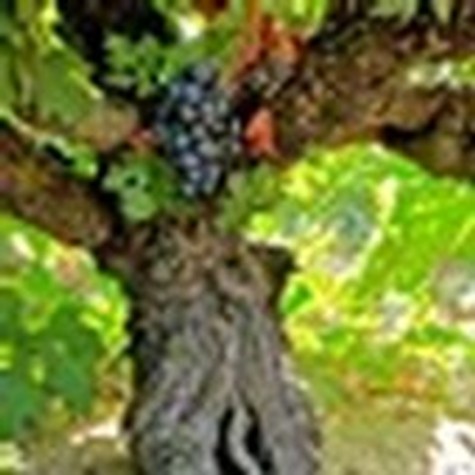 They are called "own-rooted." Growers in Lodi have also used terms like "natural roots" and "wild-rooted." Whatever it's called, the vast majority of old vines planted before the mid-1960s in Lodi were planted on their own, natural rootstocks, rather than grafted on to other rootstocks.

On the other hand, the planting of vines on grafted rootstocks has been more of the rule than exception in the rest of the state of California ever since the latter half of the 1800s, when the microscopic root louse known as phylloxera killed off vineyards almost everywhere else in California and most major wine regions around the world. This catastrophic event necessitated the usage of phylloxera-resistant rootstocks, primarily derived from native American species (Vitis labrusca). 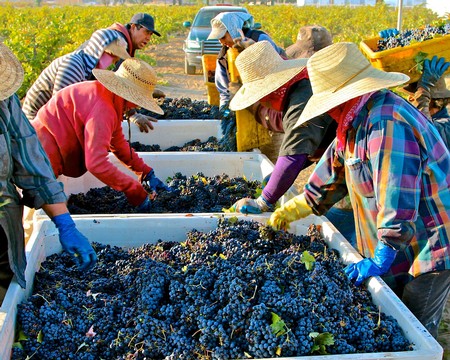 Because deep, sandy soils with no hardpans at 30 feet or more below the surface have always been inhospitable to phylloxera, thousands of acres of Vitis vinifera planted in the Mokelumne River area — the Lodi sub-appellation surrounding the City of Lodi that is defined by deep, sandy loam soils — before and after 1900 have been able to survive ungrafted, producing perfectly healthy crops while growing on their own roots.

All the same, since the 1970s virtually all new vineyards planted throughout the Lodi region have been planted with grafted vines, as a matter of course. Better safe than sorry.

The logical questions any wine lover might ask, given this information, is: Does growing on natural rootstocks give the region's older vine plantings a leg up on grafted vines in terms of sheer wine quality, or productivity in terms of yield?

Or: Do own-rooted vines produce wines that are different, in terms of sensory qualities, than grafted vines? 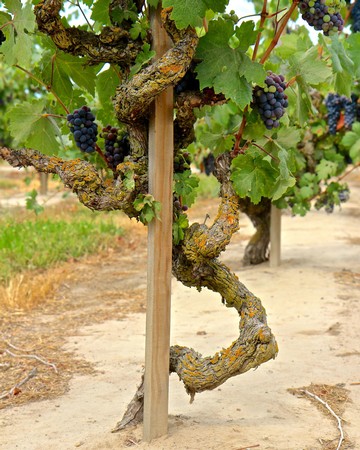 The simple answer to all these questions is: probably not. The evidence that we actually have seems to indicate that the advantage of being own-rooted is not in itself a deciding factor in terms of grape quality or long-term vine health. There are, for instance, very productive Lodi Zinfandel vines grafted on St. George rootstock planted as far back as 1907 (Turley Wine Cellars' Steacy Ranch) and 1909 (Rous Vineyard, which goes to Ironstone, Macchia and McCay wineries).

By any standard or measure, Steacy Ranch and Rous Vineyard Zinfandels are no less and no "better" than Lodi Zinfandels coming from well known own-rooted vineyards of similar age, such as Marian's Vineyard (planted in 1901 and going primarily to St. Amant Winery), Lizzy James Vineyard (1904, going to Harney Lane Winery), or the Kirschenmann and Lot 13 Vineyards (both planted in 1915, owned by Tegan Passlacqua and McCay Cellars' Mike McCay respectively). 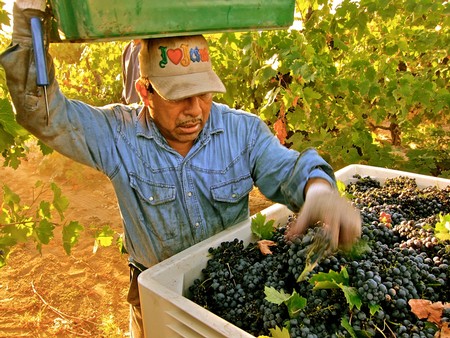 Which is not to say own-rooted vines are exactly the same as grafted vines. One thing we know: taproots of own-rooted vines over 50 or 100 years old in sandy loam soils typically go down at least 40, 50 feet, and probably more. Mike McCay has spoken about pulling out one of his 100-year-old Zinfandel plants while digging a pit in his Lot 13 Vineyard, located on the east side of Lodi where sandy loam soils go down well below 50 feet. Says Mr. McCay:

When we pulled out that vine we found that there wasn't really a root system near the surface. Instead, there was a taproot that was 2 inches wide at about 5 feet below the ground, and still 2 inches wide at 25 feet, which was about where we stopped digging. At that point there were a couple of feeder roots, but obviously the taproot was going down much deeper, which is probably where we would've found a more extensive root system. 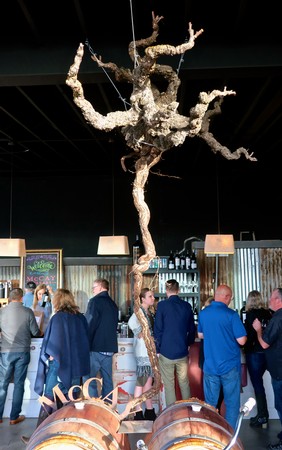 I'll argue that these 100-year-old Zinfandels tap into whatever water sources they can find, sending their taproot through all the permutations in that sandy soil, including a few layers of limestone we found beneath Lot 13. I still don't know exactly how far down the roots go, but I can tell you that in a typical growing season we'll water just once, and the vines remain perfectly healthy and productive all the way through. This is completely different from my trellised vineyards on drip systems, where roots go down only about 6 feet, and you have to constantly monitor to keep things going.

Throughout the wine world it has been generally accepted that deeper rooted vines have the advantage in terms of productivity. For Zinfandel, the old vine blocks that are most likely to survive weather-related stresses and economic ups and downs through 50 to over 100 years are usually the healthiest, most productive plantings. Deep rooting contributes directly to old vine health and longevity, although being on a favorable site and having caring ownership also helps. 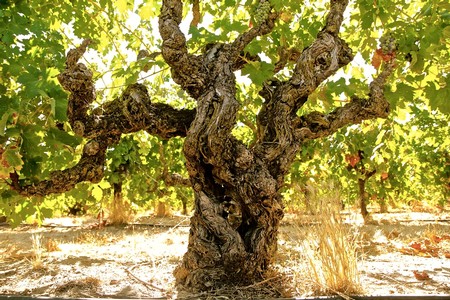 There are, of course, plenty of examples of fantastic old vine plantings outside the Lodi wine region that are planted primarily on St. George rootstock, derived from Vitis rupestris (grapes like Zinfandel are part of the European family of grapevines called Vitis vinifera). Use of Vitis rupestris as a rootstock in the 1800s first became popular in the area around the Southern French town of Saint-Georges'd’Orques, hence its name.

St. George was introduced to California during the 1890s, and quickly became the graft of choice among California Zinfandel growers, especially in Sonoma County and Napa Valley, because it provided an exceptionally deep rooting system in poor soils, shallow hillsides, and areas prone to droughts. Interestingly, Vitis rupestris is not actually a grape vine; it is more of a grape bush that once grew wild on prairies, and in gravelly creeks and sand bars all over central U.S. from Texas to West Virginia. It is now listed as an endangered plant species. 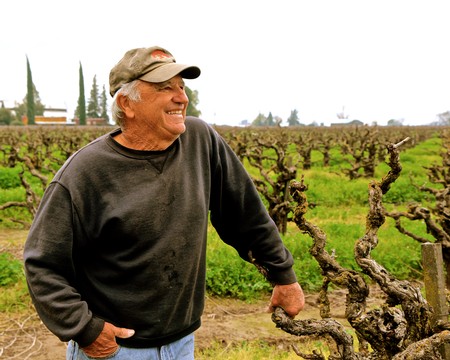 On the west side of Lodi, the Maley family's Wegat Vineyard (single-vineyard bottlings by Macchia Wines and Maley Bros.'s Lodi Native Zinfandel) and TruLux Vineyard (owned by Keith Watts and produced by McCay Cellars) are two more of the best known Mokelumne River Zinfandel growths planted on St. George. The TruLux Vineyard Zinfandel, in fact, may be McCay Cellars' most consistently high performing wine over the past 20 years.

While St. George is known for its combination of extensive root system and reduced fruit set — ideal for varieties like Zinfandel — Maley Bros. vineyard manager Todd Maley has also cited the fact that vines on St. George are susceptible to nematodes, which can further debilitate vigor and yields. In the case of Wegat Vineyard, planted in 1958, reduced yields have been a quality factor, at least from Mr. Maley's perspective. Wegat Vineyard consistently produces one of Lodi's most fragrant, layered and finely balanced Zinfandels—the very reason why Lodi wineries such as Macchia, Oak Farm and m2 have been standing in line to purchase Wegat Vineyard fruit over the past 20 years. 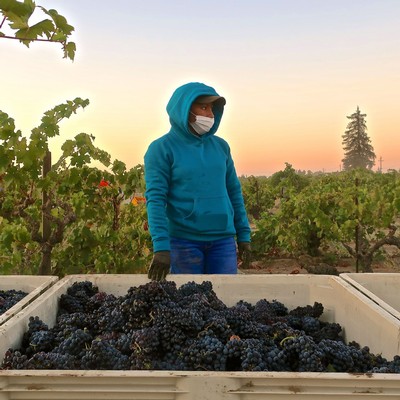 One of the most interesting comparisons among west side Lodi Zinfandels has always been between Wegat Vineyard and Soucie Vineyard— the latter located just over half-a-mile west of Wegat Vineyard, towards the westernmost edge of the Mokelumne River AVA (which is bounded by Interstate 5). Soucie Vineyard was first planted on its own roots in 1916 and has been farmed by three generations of Soucies. It consistently produces a fuller bodied, more lavish style of Zinfandel than Wegat. Both Soucie and Wegat share a sensory commonality of earthy notes resembling garden soil, and sometimes mushroom broth, but this nuance is almost always more pronounced in Soucie, despite the latter's typically ripe fruit profiles.

How much of the sensory differences between Soucie and Wegat Zinfandels are due to differences in rootstocks? Scientifically, or in any way that can be considered empirical, it is impossible to say. The sites are slightly different — Soucie has a finer, more talcum powder-like sandy soil than Wegat, the latter having more organic matter in its soil — not to mention the obvious human element. That is to say, the basic fact that the Soucies and Maleys do not farm exactly the same way, beginning with how the vines are trained: Soucie Vineyard in a classic, goblet-like fashion with spurs trained off a single head, and Wegat Vineyard vines in a taller fashion, with spurs trained in two or three layers from a vertical cordon or trunk (for more details on different ways of training free-standing vines, please see our post on Usages of head trained vines in Lodi).

It may be easier, in fact, to describe older vine Mokelumne River Zinfandels planted on both natural and St. George rootstocks more in terms of their similarities rather than differences. They have all, for instance, been observed to ripen relatively early (usually during the first three weeks in September) and yield moderate sized crops (in the 2- to 4-ton per acre range), leading to the conclusion that the prevailing factor for high performing old vines in Lodi in general has not been choice of rootstocks, but rather the region's combination of sandy soil composition and mild Mediterranean climate.

If anything, you can say that the large percentage of own-rooted plantings in Lodi is definitely something that distinguishes the region, but is one of several factors that have always made Lodi wines so unique and appealing! 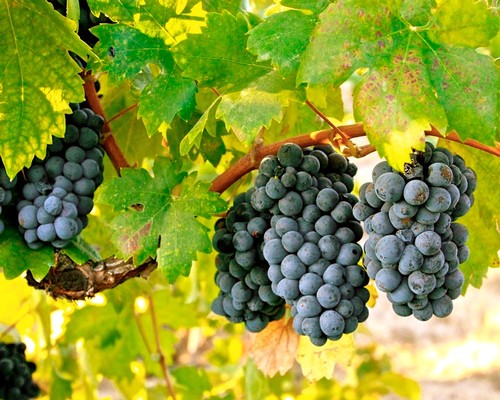