The rarest Lodi Zinfandel of all 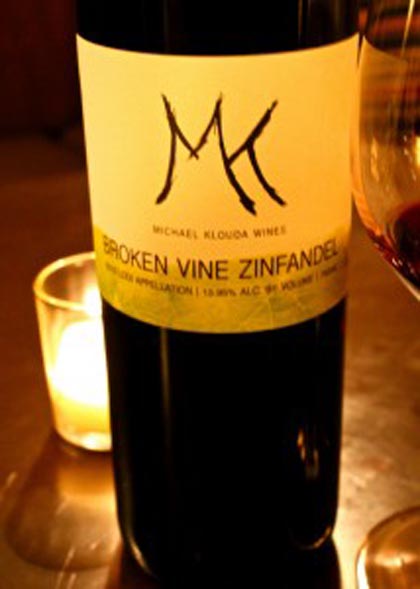 Ever wanna catch lightning in a bottle?

For a limited time only – and we cannot overstate the term “limited” – you can try some:  the 2010 Michael Klouda Broken Vine Lodi Zinfandel ($16).  A wine that literally qualifies as the rarest of the best of Lodi’s Zinfandels.

The story:  the Broken Vine moniker refers to the 60 year old Zinfandel vine that a then 22 year old viticultural assistant at Michael-David Winery named Michael Klouda knocked over, the first time he got a tractor to mow between the rows of Bob Schulenburg’s vineyard off Moore Rd. on Lodi’s west side. 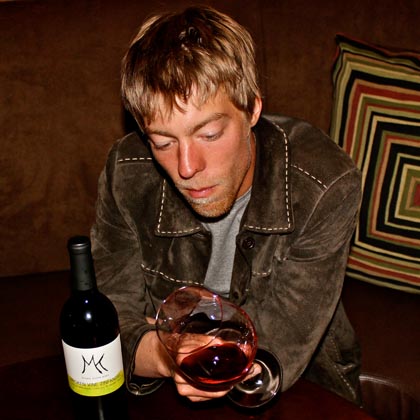 That was in spring of 2009, just days after Mr. Klouda first arrived in Lodi, coming all the way from Burton in Northeastern Ohio (population approximately 1,500 – less than half of our little town of Lockeford!) to fulfill his dream of working in a vineyard, and someday becoming a winemaker.

That old vine’s destruction, of course, represented quite a calamity in this young would-be vigneron’s life; but somehow he found the strength to fess up and move on.  While working the Michael-David crush in 2009, Klouda discovered another thing:  he really loved the Zinfandel by Mr. Schulenburg.

And so the following year, he scraped up some of his hard earned cash and purchased enough grapes to open-top ferment his own Schulenburg grown Zinfandel:  enough to fill one barrel, amounting to 25 cases worth of wine – effectively, a microcosmic essence of small batch commercial winemaking (by comparison, most members of LAVA, the Lodi Amateur Vintners Association, produce more than that).

The thing is, it’s said that if you can’t make wine on the scale of one barrel and make it a decent tasting wine, then you probably have no business trying to be a commercial winemaker at all.  Mr. Klouda’s first vintage is beyond decent.  One of the first ones to fall in love with it, soon after it was released at the beginning of this past month, was Chef Didier Gerbi at Lodi’s luxurious Wine & Roses Hotel & Restaurant.  “One sip,” says Chef, “and I knew that I had to put in on the wine by the glass list at the restaurant… I thought it was amazing.” 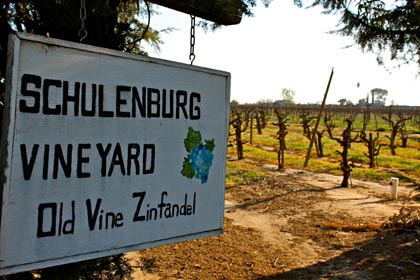 Mr. Klouda declares, “I love the Schulenburg Vineyard because it always produces perfect sized berries – not raisined, but practically the same size as raisins.  This makes the wine intense, and it smells like the vineyard – like dried berries, a little bit of dust, and sweet tea – with a touch of clove-like spice that developed while aging in a neutral Burgundy barrel.” 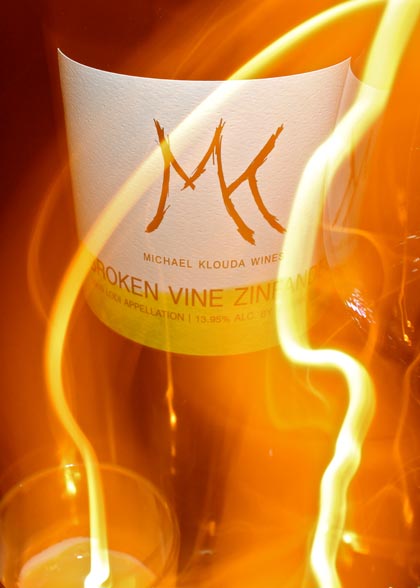 Klouda’s Broken Vine also distinguishes itself by its size:  despite its ultra-rich purplish color and blast of raspberryish fruit, it is quite moderately scaled in terms of body.  Moderate in alcohol, it comes across as bright, focused and velvety – the opposite of heavy, plodding, hard, rough or sweetly overripe.

The key factor:  in 2010 Klouda was out picking his fruit, with two other friends, days before anyone else in Lodi, when the grapes were showing sugar reading of about 24.5° Brix, soaking up to barely 25° in the winery (whereas the vast majority of Lodi vintners picked zin closer to 26°, 27° Brix, waiting for “flavor ripeness” to catch up to sugar percentages in 2010, a relatively “cold” vintage).

Says Kouda, “I wanted to make my style of Zinfandel – something a little more friendly, in taste as well as price.  But the real reason the wine turned out so well is because Bob is a great grower – he is always out there, whether walking, in a truck or on a bike.  He knows every vine personally, and he crops it to only 2 to 2½ tons (per acre) at a time.”

According to Layne Montgomery, winemaker/proprietor of m2 Wines, where young Klouda has been making his wines, “Michael has the drive and talent, that’s for sure.  For his first Zinfandel, he knew what he was after — a balanced, medium bodied style of Zinfandel — and he achieved his goal.”

So if you like this story – about a gutsy kid who came to our town from an even tinier town where, as they might say, white lightning’s still the biggest thrill of all – then your limited time opportunity is now:  Broken Vine will be on the complimentary tasting list at the Lodi Wine & Visitor Center March 14 through 18, and served by the glass at Wine & Roses until what little is left is sold or gobbled up.  Don’t blink – catch it while you can! 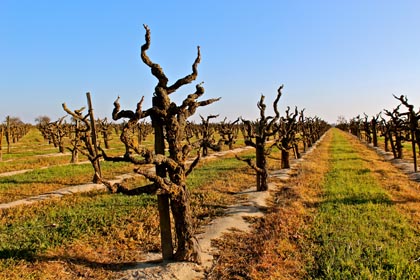