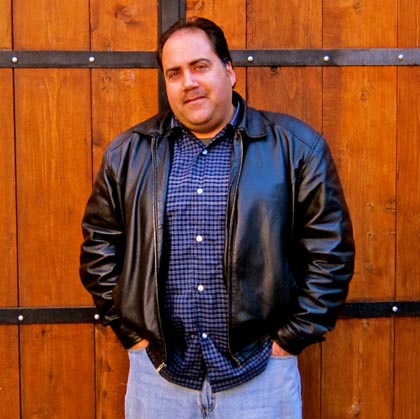 It takes an inquisitive mind to even want to make a wine called Charbono, and pure skill to make something significant from this little known black skinned grape.  Meet Antonio Pasos, owner/winemaker of Lodi’s Pasos Vineyards.

Mr. Pasos discovered his calling fairly early in life, when his family moved from Monterey (where he was born) to Madera in California’s Central Valley to grow wine grapes.  Granted, 25, 30 years ago the Madera AVA was mostly about Thompson Seedless – industry old timers will recall that at one point, this table grape was the backbone of California “Chablis” – but in their own backyard, the Pasos family also grew “experimental” grapes like Syrah, and various clones of Cabernet Sauvignon on multiple rootstocks.  Hence, the germination of Pasos’ inquisitive nature.

While at Fresno State in the late nineties, Pasos met Adam Mettler (winemaker for Michael-David Winery), bought some Syrah from the Phillips family, and later entered the wine he made from those grapes in an amateur wine competition.  The result was a double-gold; and at that point, he realized that he had the touch. 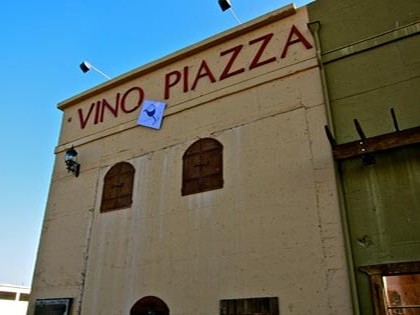 After graduating from Fresno, and following winemaking stints at Edna Valley, Fenestra, E&J Gallo and other wineries, Pasos moved to Lodi wine country in 2004 to start up his eponymous winery in the Vino Piazza Wine Village in the town of Lockeford.  From the beginning, the idea was to specialize in classic Mediterranean grapes like Dolcetto, Nebbiolo, Sangiovese, Barbera and, most adventurous of all, Charbono.

If there ever was a once-and-future “king” of black skinned grapes, it’s Charbono.  Like Zinfandel, during the last century most California vintners didn’t even know what Charbono was or where it came from.  Experts no less authoritative than Jancis Robinson mistook it for a relative of Italy’s Dolcetto grape.  Others thought it related to Barbera, and one well known Mendocino vintner handled it as a variant of Pinot Noir.  Finally, in 1999, DNA research conclusively established Charbono as being one and the same as the equally obscure and unappreciated grape called Corbeau, grown in France’s Savoie region.  In France the grape is also called Charbonneau; and in Argentina, it is widely planted and bottled as Bonarda.

In the late sixties Roy Andries de Groot wrote a groundbreaking piece on California wine for Esquire, proclaiming a circa-1940s Inglenook Charbono to be the greatest single California wine ever made.  But by the late seventies – when thousands of new acres of Cabernet Sauvignon and Chardonnay were planted, often displacing less popular grapes like Chenin Blanc, Riesling, Barbera, and Charbono – California’s Charbono acreage dwindled to less than 100.  Today barely a half-dozen wineries even bother to work with it 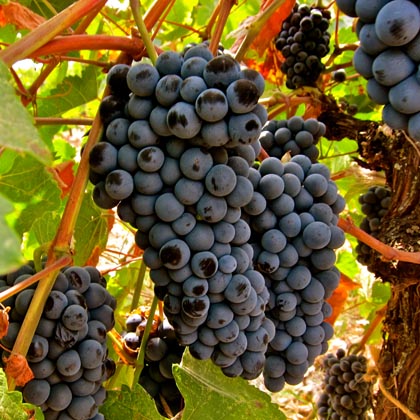 In the late nineties, a 3 acre vineyard of Charbono was planted in the Acampo area near Lodi’s Mokelumne River, just down the road from Heritage Oak Winery.  Mr. Pasos, who was a fan of the old vine Charbono made by Turley Wine Cellars (sourced from Napa Valley’s Tofanelli Vineyard), started working with this new Lodi vineyard in 2003.

“What I like about Charbono,” says Pasos, “is that it makes a big wine with really nice fruit – rich cherry, ripe plum, and mocha and earth tones – without being in-your-face or tannic like Cabernet Sauvignon.  Yet it has the tannin and acidity to age beautifully.  Although most people have never heard of it, once they try it they love it.  In fact, Charbono is one of the few wines men and women like equally.  It’s almost like Merlot on steroids – big, chewy, very flavorful.”

The 2008 Pasos Lodi Charbono ($38) is a contemporary classic:  exuding sweet, dark plums and mocha café, with touches of dried blueberry and animal skin in the nose.  On the palate, this dark ruby red is full, dense, and fluid on the palate – flowing across the palate despite sinew and flesh in the texture – with a zesty edge of natural acidity that gives it an Italian-ish feel, despite the grape’s Southern French origins.

There is also a 2010 Pasos Lodi Dry Charbono Rosé ($16), which Mr. Pasos describes as “so rich, it is the only rosé in the world that can follow a red wine.”  The color is a bright garnet pink, and the nose suggestive of dried cherry, rose petal potpourri, exotic mango and dried fig.  On the palate, the dryness is aggressively full and fleshy (despite the wine’s moderate 11.2% alcohol), with a bright, mouthwatering, pomegranate-like zip.  “A perfect wine for giant prawns wrapped in prosciutto,” says Pasos, although he also suggests seafood paella, grilled white fish with mango salsa, or seviche.

For his red Charbono, Mr. Pasos suggests prosciutto layered chicken saltimbocca, portebello stuffed with pesto, garlic and parmigiano, or fresh herbed pork tenderloin.  With or without food, Charbono makes red wines of near immortality, and pinks of amazing grace – the best varietal no one’s ever heard of! 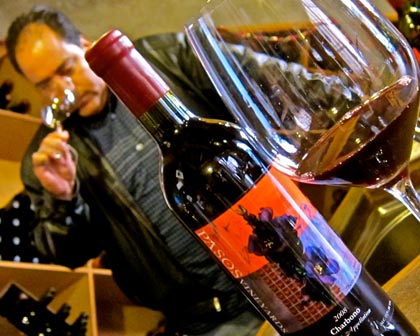