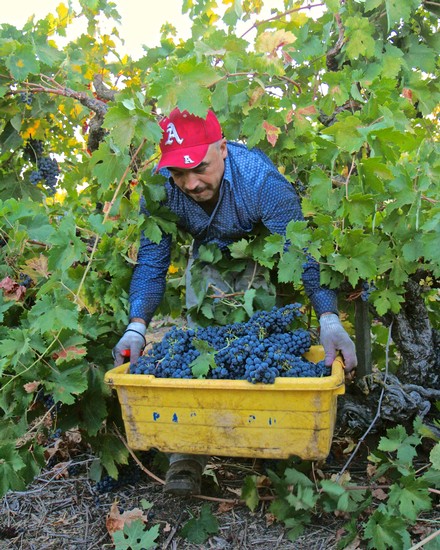 You may have heard: so far the 2016 wine grape harvest in the Lodi Viticultural Area has been early, it has been late, and it has been normal. The crop has been bigger than usual, and also smaller. So which is it?

All of the above, of course. What’s “normal” is that you hearing conflicting reports because it all depends on which grapes and which sites winegrowers are speaking about when giving their assessments.

What is also normal is that growers and winemakers are speaking joyously about the quality of the 2016 grapes thus far. Of course they are, they’re wine producers. Barring natural disasters like biblical floods and Death Valley heat waves – which almost never happens during Lodi’s dependably dry summers and moderate Mediterranean falls – vintners will always drink from cups half-full. 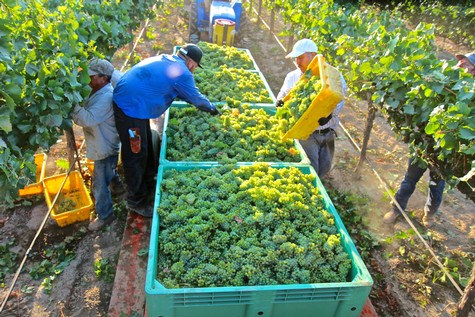 McCay Cellars winemaker/owner/grower Mike McCay may have put things best. On Tuesday (August 23) he told us over his cellphone, while driving from vineyard to vineyard: “I describe 2016 as ‘get ready.’ Meaning, this year upside down is downside up. We normally pick Rous Vineyard (Craig Rous’s 117-year-old Zinfandel planting on the east side of town) in September, but this year we picked it last weekend (August 20). Yet grapes were fully mature and ready – picked at 23.8° Brix (i.e. sugar reading), soaking up to 26.5° in the winery.

“It’s an interesting year because some vineyards are behind on flavors and some advanced, and reds and whites are mixed up for no rhyme or reason. For instance, two weeks ago I tasted some Grenache Blanc in the field and seriously thought I would have them picked by now. As of today, we’re still waiting to pick it. Total acidities and pH are all over the place, depending on the grape and site. If anything, it will be a ‘winemaker’s year’ – if you really know your vineyards and spend a lot of time in them and know when to pick for flavor, you’ll do great. If not, you’ll be thrown for a loop.” 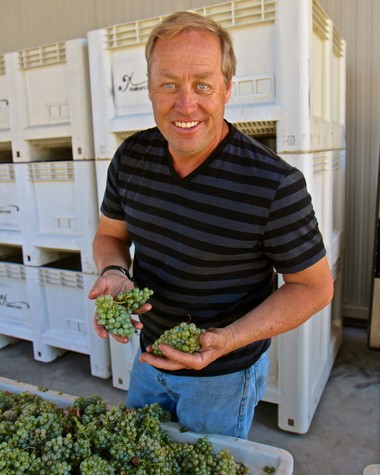 Yesterday we also spoke to Harney Lane Winery owner/grower Kyle Lerner, while standing in his Lizzy James Vineyard (east-side Zinfandel originally planted in 1904) at 7 AM, watching his crew cherry-pick the center of the block, in a beach-sand-like swale where they have traditionally yielded the highest quality. “I’m excited,” said Lerner, “we’ve been tasting these grapes develop very early this year. The grape conditions are amazing, the fruit is very healthy, despite the fact that this is the earliest we’ve every picked this vineyard.”

When asked why Zinfandel has been pushing ahead of schedule in 2016, Lerner simply said, “I don’t know. As farmers, we can only do so much. Indications earlier in the season didn’t dictate us coming in so early – we had expected grapes to come in at a normal time. I think it has more to do with the general health of the vines this year. Lots of rain, above average rain, probably helped set these old vines in a good position, and allowed them to do what they do, which is ripen at their own pace.” 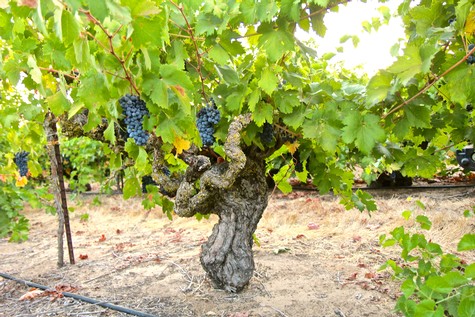 On July 27, 2016 Phillips Farms (Michael David Winery’s agricultural arm) picked their first table grapes, Chardonnay at their Bare Ranch, on Lodi’s west side. At the time, VP of Operations Kevin Phillips told us, “We’re two weeks earlier than last year, and sugar (23.4 Brix) is also slightly higher, which is primarily due to a lighter crop.”

Earlier this week Mr. Phillips changed his tune slightly; telling us, “Crop has been bigger than expected, ripening quickly and early. Now we are expecting harvest to finish by early October... fast and furious!”

Chris Storm, the Viticulturist of Lodi’s Vino Farms, which manages over 15,000 acres of wine grapes in San Joaquin Valley and the North Coast, told us: “Our early estimates were that the crop would be big, and we didn’t completely believe the estimates. We should have trusted the numbers. Despite the shatter (incidence of unpollinated berries, lightening cluster sizes), crop size has been more than compensated by larger berries and shoulders (on the grape clusters).” 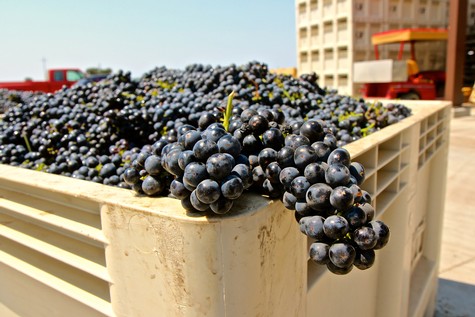 Bruce Fry, the VP of Operations for another one of Lodi’s major growers, Mohr-Fry Ranches, told us, “Year after year we expect beautiful quality fruit here in Lodi, and the 2016 vintage looks no different – lots of clean fruit with no botrytis (i.e. bunch rot), and maybe a couple days earlier than last year.”

Mohr-Fry Ranches President Jerry Fry added: “To date, harvest weather has been great this year – warm days and cooling in the evening, just the way Lodi is supposed to be. Our diurnal change (i.e. warm days/cool nights) is what really gives the red grapes their color intensity and flavors. In 2016 it’s warm enough to develop good Brix levels, yet not so warm to flatten the flavors of the white grapes. The crop size appears to be about normal. Old vine Zinfandels are looking superb.

Indicative of conflicting reports due to site specificity, Borra Vineyards winemaker Markus Niggli tells us: “We see an early harvest again, especially for reds. Still, Zinfandel (from their Gill Creek Ranch in Lodi’s Clements Hills AVA) will be slightly later for us than last year. But we started to pick great quality Merlot on Monday (August 22), and Viognier at the same time. Overall, we’re seeing more bunch weights due to wetter, wet winter has helped to recover some of the vineyards canopy. Fruit set is still below normal, but in good balance. Finally, we are anticipating an early year again for Cabernet Sauvignon and Syrah. 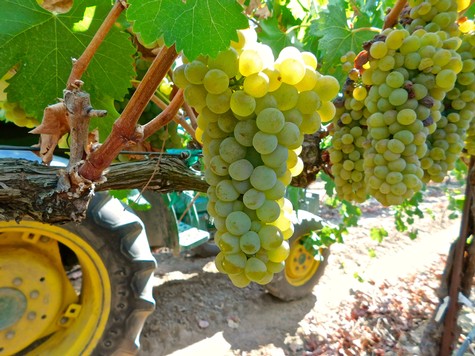 Bokisch Ranches is one of Lodi’s more unusual growers, farming some 3,000 acres in no less than five of Lodi’s appellations; including the lower Foothills of Borden Ranch, Clements Hills and Sloughhouse. Bokisch Vineyards winemaker Elyse Perry has been very pleased with the 2016 vintage thus far; telling us: “Flavors are fantastic, with a really nice balance of acid in both whites and reds. The 2016 harvest started for us on August 1 when we harvested our Verdelho from the Vista Luna Vineyard (Borden Ranch AVA), which is a few days later than the last two years. Thankfully, it isn’t as fast and furious as last year, with white varieties coming in at a nice, even pace over the past three weeks. We’ll be finished with white varieties on Saturday (August 27), and our first red grapes, Zinfandel, were harvested on Wednesday (August 24).”

Bokisch Ranches owner/grower Markus Bokisch adds: “On the vineyard side, many of the white varieties were nicely balanced with regard to their crop load. This was especially true of the Albariño.  The reds have been a little more challenging. Those who thinned early will be rewarded with well-balanced fruit. Those who have waited too long may experience issues with their wines.  The Zinfandels have cropped heavily across all of Lodi. Again, those who controlled their yields early on will be in great shape.” 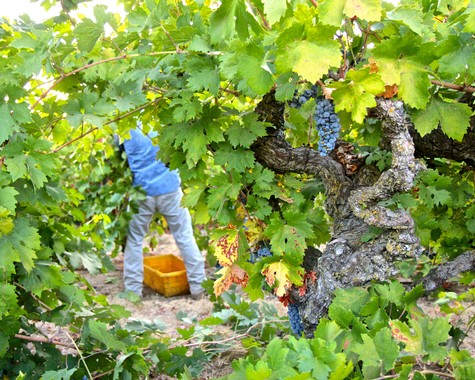 Chad Joseph, the winemaker for Harney Lane Winery as well as Oak Farm Vineyards, tells us: “2016 has been another early starting harvest. We've received some really great white varieties like Albariño, Chardonnay and Sauvignon Blanc, and we've gotten a few Zinfandels in from the lower yielding vineyards. Things are starting to slow down a little bit with some cooler weather coming in, and so we are looking forward to some good, steady ripening weather. I'm very excited so far!”

Dan Panella, the General Manager and co-owner of Oak Farm Vineyards, threw in his two cents: “The fruit that we are seeing this year is coming in tasting great. Analysis numbers are quite nice, and the fruit has been free of defects. The only difficult thing is logistics since several different varietals (Chardonnay, Albariño, Zinfandel as well as Primitivo) having been getting ripe at the same time.”

Brett Koth, whose family owns and farms Mokelumne Glen Vineyards – 48 varieties of German and Austrian grapes! – tells us that a large portion of their “German Collection” was picked by Forlorn Hope Wines on Monday, August 8, and that they expect to pick Kerner for Borra Vineyards’ Markus label this Saturday (August 27). “Two things about this year,” says Koth: “crop is heavier than last year thanks to no hail damage this year, and timing is about the same as last year to slightly later than 2015.” 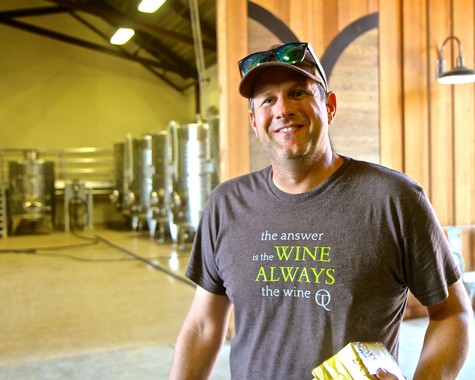 Fields Family winemaker/co-owner Ryan Sherman gives us this perspective on 2016: “2015 was a drought year, producing less fruit. 2016 seems to be an average crop level to slightly above with a robust canopy. Last year was the earliest year on record for harvest for several people, but this year has been only 7-10 days later. The grapes are physiologically more mature at a lower Brix – perhaps a chance for us to achieve a little more richness and elegance!”

Aaron Lange, Director of Vineyard Operations for LangeTwins Family Winery & Vineyards, has also confirmed that both whites and reds have been maturing at the same time, and that “quality so far has been excellent! Yields are around average for most blocks. and a select few blocks are coming in average-plus. We just harvested for our Sangiovese rosé last night (Monday, August 22), and the color looked spectacular in the hopper at LangeTwins Winery. Merlots starting next week, and I expect most of our Lodi-appellation whites to be done by the end of the month.”

Finally, Bob Colarossi, who receives grapes from all over the Lodi appellation at his Estate Crush facility in Downtown Lodi, tells us: “From Albariño to Sauvignon Blanc and Mouvèdre to Zinfandel, so far this harvest's fruit quality is looking really good. We've noticed heavier yields than usual on the whites. And just today (Tuesday, August 23) we pressed Cinsaut Rosé from the Bechthold Vineyard (ancient west-side vines, planted in 1886), and the fruit was beautiful. We also are pressing the Stellina Zinfandel (the Colarossi family’s own property on Lucas Rd., on Lodi’s west-side, picked early last week) today; it's deep, dark, rich and spicy!" 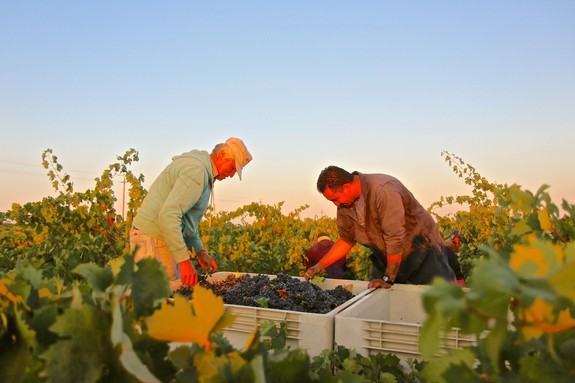