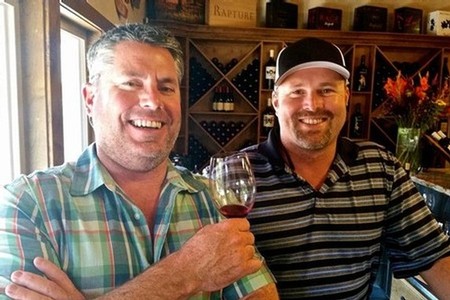 Continuing a recent trend at the San Francisco Chronicle Wine Competition – the largest judging of American wines in the world – the Lodi wine region held its own in several categories.

Of special note, no less than 5 wines with Lodi on the label garnered Best of Class honors - the highest rated wines in their respective varietal/blend/price categories. 8 Lodi grown wines also earned Double Golds, and 39 Lodi wines hauled in Golds. 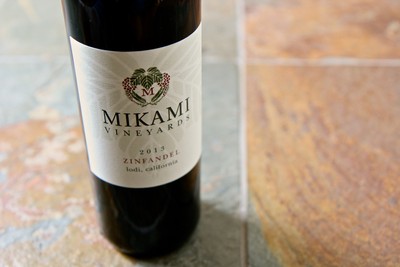 14 Lodi grown Zinfandels garnered Golds or higher, but special kudos go out to tiny Mikami Vineyards – a vineyard owned by Jason Mikami, whose father farmed on the west side of Lodi for over 50 years – which has taken San Francisco Chronicle Gold four times out of the past five years. This year, the 2013 Mikami Lodi Zinfandel was declared a Double Gold winner in the category of Zinfandels $36.00-$39.99. When you taste this Zinfandel, you understand why the discriminating San Francisco Chronicles judges have consistently loved this vineyard: it yields a voluminous red wine – bursting at the seams with classic Lodi style Zinfandel perfumes of strawberry, Bing cherry and black tea – yet remains even keeled and velvety in its medium-full bodied weight.

Another consistent performer in the San Francisco Chronicle Wine Competition over the past few years has been Bokisch Vineyards, Lodi’s Iberian grape specialist. They deserve special mention for garnering a Double Gold for their zingy, mineral and tropical nuanced 2014 Bokisch Terra Alta Vineyard Clements Hills-Lodi Albariño (in the category for Muscat/Albariño/Chenin Blanc); and also a Gold Medal for their bright, pure, strawberry-fresh and peppery spiced 2013 Bokisch Terra Alta Vineyard Clements Hills-Lodi Garnacha ($20.00 & Over).

Markus and Liz Bokisch’s Bokisch Ranches also manages Derek and Claudia Halecky’s Hunter’s Oak Vineyard, not far from the Bokischs' Terra Alta Vineyard in Lodi’s Clements Hills. This bucolic 20-acre planting grabbed a Double Gold for the 2013 Hunter’s Oak Clements Hills-Lodi Petit Verdot, as well as a Gold for the 2013 Hunter’s Oak Clements Hills-Lodi Grenache ($20.00 & Over). In addition – although its provenance is not listed on the bottle – Bokisch Ranches also farms the fruit that went into the 2012 Fenestra Lodi Graciano, a deep and curvaceous Spanish inspired red which won Best of Class for “All Other Varietals.” Outstanding viticulture! 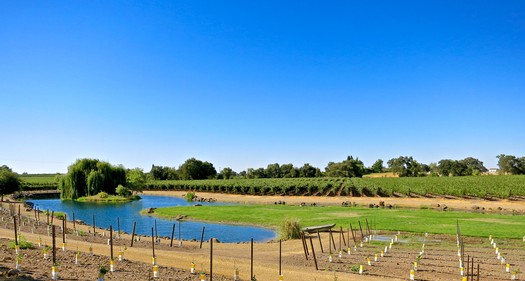 Lest anyone misjudges the degree of difficulty, it is not easy to win a top award in the San Francisco Chronicle Wine Competition, which takes place during the first week of each year – when professional wine judges are, presumably, barely recovered from their days of holiday revelry. This year’s judges – 65 in all – were tasked with tasting 7,164 entries (in today’s political parlance, this competition is huge), grown and produced in 28 states across the country. Since judges are divided into 4 or 5-person panels, that’s over 400 wines for each judge to carefully examine, swirl, sniff, sip and spit (although each major competition has a judge or two known to sip more than spit), several times if necessary.

Not all at once, of course. Competition judges “blind taste” in manageable rounds of up to a dozen or so entries at a time, spread over a 3-day period. No one gets hurt, or zonks out. It’s towards the end that things gets hairy, when all the judges are asked to select “Sweepstakes” winners from each category. There are over 80 categories, so you have to imagine a roomful of judges sitting around tables surrounded by over 5,200 glasses (the dish washing crews are always given huge rounds of applause at the end of each competition).

As always, in the 2016 San Francisco Chronicle Wine Competition, each team of judges are asked to reach an agreement on each wine; awarding them with 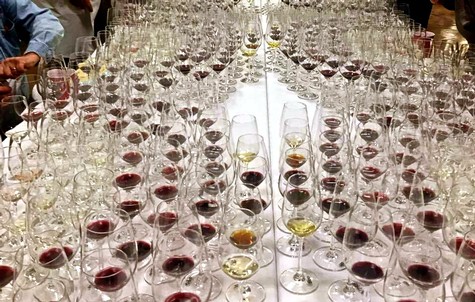 For a complete list of medal winners, please visit the San Francisco Chronicle Wine Competition 2016 Medal-Winning Wines page. The following is a summary of Gold-or-higher winners (notating respective categories) grown right here in Lodi. Our congratulations to all! Re: 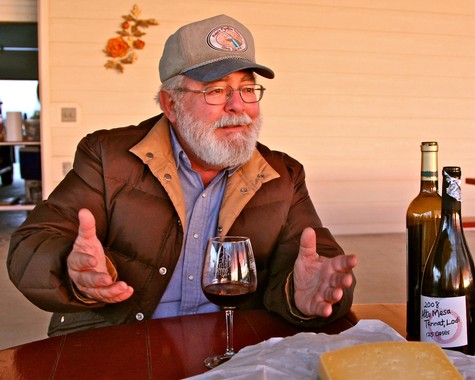