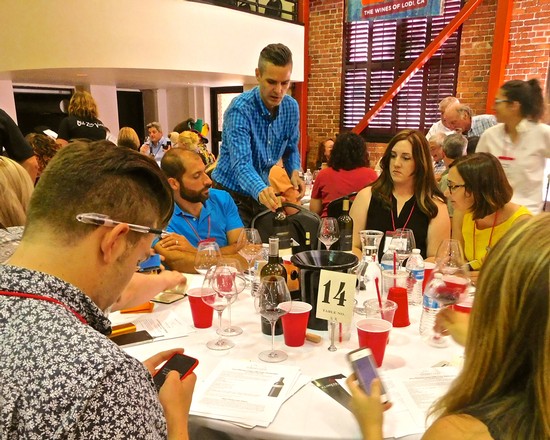 The future of California red wine is here. Imagine the taste of the plumpest, drippiest, shimmeringly red, mid-summer Bing cherry filled out with a belt of tannin strapping the tongue like soft Italian leather, and zapped by completely natural, zesty, fresh fruit acidity.

Also imagine that this red wine is neither light nor heavy in body; but rather, a bouncy, moderately weighted 13% alcohol. A red wine with the type of fluid, food friendly drinkability that grandpa and grandma keep muttering about when talking about the “good ol’ days” when wines didn’t give you a headache, even after a jug was emptied in one sitting... by just two or three people.

That pretty much describes the 2014 LangeTwins Family Lodi Nero d’Avola ($20), grown by this longtime San Joaquin Valley clan (farming in the Lodi Viticultural Area since the 1870s!) in a 3.62-acre block of their Red Tail Vineyard. The grape variety Nero d’Avola, as Italian wine lovers know, is native to Sicily. Up until recently it was utilized by Italians to add color to their red wine blends (there's a reason why the grape's name translates as "the black grape of Avola"); but in recent years, it has become alta moda as a dependably sturdy – often opaque, black-ruby colored – varietal import. Rustic yet riveting. 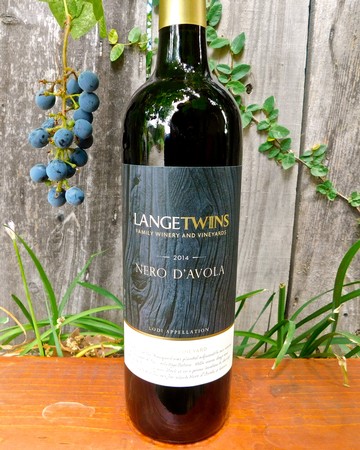 Now, before you get too excited, there’s also minor glitch to this exciting story: According to Aaron Lange, Director of Vineyard Operations for LangeFamily Vineyards, “We actually pulled the vines out last year because we discovered that our original source of wood was full of LR3 (a dysthymic leafroll virus) and Red Blotch.”

Since the original planting was also located alongside a new Zinfandel planting into which they did not want this infection to spread, adds Lange, “We opted to take the hit early and replant (in May 2016) with clean stock. On the plus side, we now know that Nero d’Avola is a fantastic varietal for us in Lodi region so we are confident in our replanting!”

Short story shorter: there will be a brief period, once the 2014 is sold out, when the Langes will have zero Nero d’Avola to sell while waiting for the replantings to come to fruition. But rest-assured, the Lange family will continue to play a major part in Lodi’s inexorable march towards bolstering the region’s growing reputation for cutting-edge winegrowing.

Says LangeTwins Family winemaker David Akiyoshi, “We’re loving Nero d’Avola because it fits perfectly into Lodi’s Italian heritage, associated in the past with families like the Mondavis (see our previous LoCA post, The old Mondavi home in Lodi is still an artistic hub). Originating in Sicily, it is also an ideal grape for Lodi’s Mediterranean climate. It demonstrates that the region can produce red wines of wonderful, pleasing fruit qualities, without needing to be big or brash. We can grow Nero d’Avola to complete ripeness without the pyrazines (i.e. green, vegetal flavors), and without having to wait for high sugars, which turns into higher alcohols.” 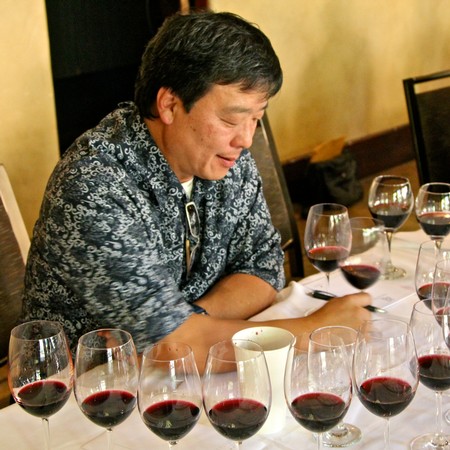 That said, Mr. Akiyoshi elaborates, “Nero d’Avola is not a wine that we need to over-make. It does quite well aged strictly in neutral wood (previously used French and oak barrels). The oak character in the wine stays in the background – subtle, yet supportive.”

Although Sicilian imports of Nero d’Avola have been known to be extremely dark and densely textured, so far in Lodi the varietal has not demonstrated this over-the-top character. “The acid and tannin is plentiful,” says Akiyoshi, “but the wine does not enter into the realm of extreme extraction like Bordeaux reds (i.e. Cabernet Sauvignon, Malbec, Petit Verdot, etc.). Our Nero d’Avola has a notable tension of acid and tannin, which give a nice mid-palate and depth. It finishes bright with fruit, and light on its feet, which makes it ideal for food (think pastas or meats with herby, zesty red tomato sauces).

“Above all,” adds Akiyoshi, “it does not ‘copy’ other varietals. It is totally unique, and bodes well for Lodi’s Mediterranean climate and sandy soils.”

Consequently, says Akiyoshi, the LangeTwins Family is going several steps further with other black skinned Italian grapes. “We’ve already done well with Sangiovese, which produces an ideal dry style rosé for us. In the future you can look for other Italian style varietal reds, like Montepulciano and Aglianico.

“The reason I like these new grapes is that in the past California has always tried to pigeonhole appellations with varieties. In Lodi we can do so much more. We can expand consumers’ palate with a broader range of wines, rather than the standard world of Cabernet and Pinot.” 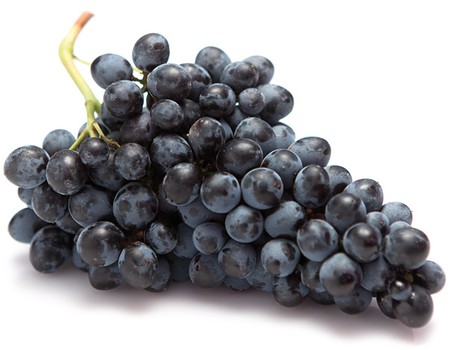