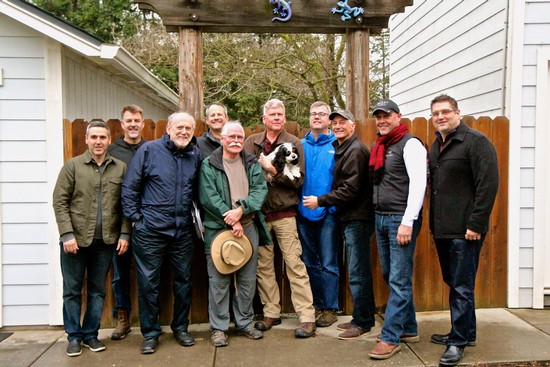 Zinfandel is not the only grape in which the Lodi Viticultural Area excels. But it has always remained the region's signature grape.

It is also a measure of Lodi’s standing in the world of Zinfandel that out of the seven days that the editors of the widely read International Wine Review spent in California this past February 2017, gathering material for a double-issue (released earlier this month) devoted completely to California Zinfandel, they set aside a full two days to research Zinfandel in Lodi. Zinfandel Advocates & Producers (a.k.a. ZAP) also played a major part in organizing the magazine's California visit.

If anything, Lodi is important because of its sheer productivity; easily the most significant in California. According to 2017 USDA National Agricultural Statistics, Lodi’s Zinfandel acreage (17,680) is 38% of the total number of Zinfandel acres in California (46,411). By comparison, there are 5,164 acres of Zinfandel planted in Sonoma/Marin Counties. And year after year, Lodi crushes at least 40% of the state’s total Zinfandel production. 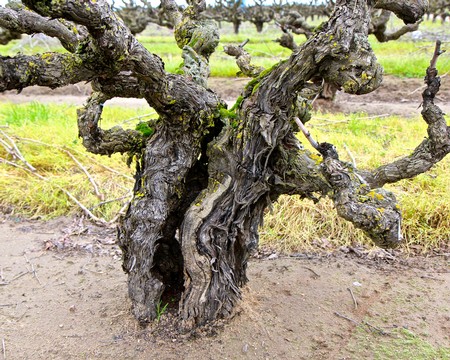 Much of it, of course, is for soft, fruity White Zinfandel production; although according to recent Nielsen reports, sales of White Zinfandel (2.7% of the total table wine market in the U.S.) has been on a steady decline over the past ten years, whereas classic red Zinfandel has been growing or holding on to a steady market share (hovering around 1.9%).

As it were, this month’s 63-page report by International Wine Review – reflecting the labors of two men, Mike Potashnik (Publisher) and Don Winkler (Editor) – is by far the most thorough evaluation of California Zinfandel ever done by a magazine, either in print or online.  Among the many interesting things they had to say about the state of California Zinfandel today:

Most of today’s Zinfandel producers are crafting high quality wines that are improvements over the past. They are managing the vineyard to get more uniform ripening, picking grapes at lower Brix (i.e. grape sugar readings) to avoid over-ripeness and retain acidity, using a higher percentage of French oak, and, in general, crafting wines that are lively and fresh. While alcohol levels will always be high relative to some varieties, the wines are balanced and rarely show alcoholic heat.

One of the more puzzling, or inconsistent, aspects of California Zinfandel is the common use of the term “old vine.” Potashnik and Winkler remark that “ancient vine” and “heritage vine” monikers are now also appearing on a few labels, although none of these distinctions are regulated or truly meaningful. They write,

There seems to be the greatest consensus around the term “old vines” as being 50+ years of age... Looking around for guidance on defining old vines, Australia’s Barossa Old Vine Charter, adopted in 2009, registers vineyards by age: old vine (35+ years), survivor vine (70+ years), centenarian vine (100+ years), and ancestor vine (125+ years)... Can you imagine California’s independent winemakers agreeing on a common term...? 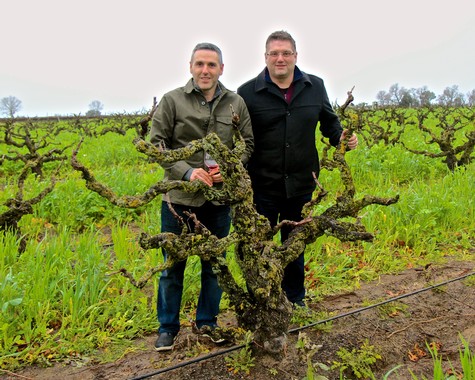 With one of their majestic old vines (planted in 1940s), Stampede Vineyard's Jeff and John Perlegos

In respect to Lodi, the International Wine Review editors divvy up credit where credit is due:

Lodi has the largest concentrations of old vines in California. Some are century-old head-trained, own-rooted Zinfandel vines that managed to escape destructkon from phylloxera due to their sandy soils (i.e. Lodi's Tokay sandy loam). The old vineyards are mainly located on the banks of the Mokelumne River around the city of Lodi, although some can also be found in the Clements Hills.

In their description of Lodi’s terroir, Potashnik and Winkler deliver a good, thorough rendering; going into far more detail on Lodi’s topographical distinctions than what is usually found in mainstream wine articles:

The Lodi AVA is a vast region... located in the northern portion of California’s Central Valley near the Sacramento-San Joaquin River Delta... The region has warm summer days, but its flat terrain give breezes from the San Francisco Bay an unimpeded pathway to Lodi’s vineyards, resulting in cooler evenings and large diurnal swings during the growing season... an average high (90°) and low (54.4°) during the month of August.

Lodi soils are rich and loamy on the west side, close to the Delta, becoming deeper and sandier with lower water tables in the east. The eastern side of Lodi is slightly warmer and can produce deep-rooted vines with smaller berries, higher acidity and firmer tannins. The dividing line is often given as Highway 99, west of which the soils are richer and darker and east of which they’re sandier and less fertile. 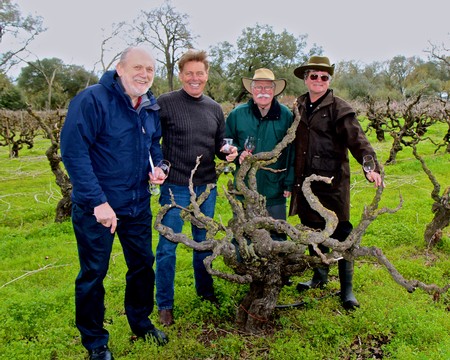 Lodi is, admittedly, a recent entry into the premium or super-premium Zinfandel market. With the exception of less than a handful of wineries bonded in the 1980s and ‘90s, virtually all of Lodi’s top brands have appeared only within the past 17 past years; many of them longtime growers-turned-producers. Potashnik and Winkler remark on Lodi’s Johnny-come-lately status:

In recent decades Michael David and several other Lodi growes have transformed themselves into grower-producers. (Michael David Director of Operations) Kevin Phillips reports that in 1998 Michael David was selling 95 percent of the crop from its 800 acres of vines; today it makes wines from all of its estate vineyards.... They are one of the largest wineries in Lodi... selling almost 1 million cases/year, about half of it Zinfandel.

Growers like Kyle Lerner of Harney Lane Winery continue to sell most of their fruit but make small quantities of Zinfandel from their best parcels. Lerner farms 600 acres but makes only 5 thousand cases of wine to sell under the Harney Lane label, including a single vineyard Zinfandel made from his 110+ year old Lizzy James Vineyard.

In a special section on “Old Zinfandel Vineyards of California,” the International Wine Review editors endeavor to single out what they consider the “best known, old Zinfandel vineyards in the state.” Among Lodi’s vineyards of merit, they mention: 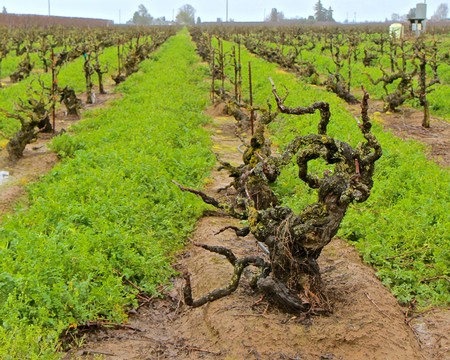 Katusha Vineyard (Mokelumne River AVA; east side Lodi) - ...  planted between 1915 and 1920... owned and farmed by Morgan Twain-Peterson of Bedrock.

Rous Vineyard (Mokelumne River AVA; east side Lodi) - ... planted on St. George rootstock (i.e. Vitis rupestris) in 1909... one of the first grafted vneyards in Lodi... Owned by Craig Rous, including the ones Steve Millier makes for Ironstone, Tim Holdener for Macchia, and Mike McCay’s McCay Cellars. 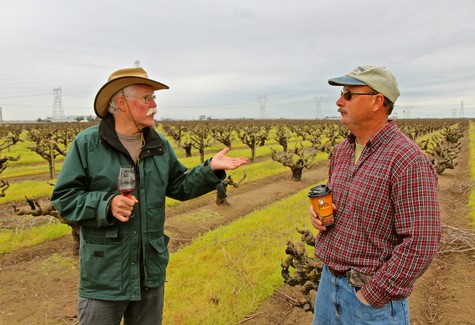 Soucie Vineyard (Mokelumne River; far west side Lodi) - ... self rooted vines planted in 1916... Cool breezes from the Sacramento Delta area... near Delta sloughs where the sandy soil is shallow and richer in organic matter... said to give the Zinfandels here an earthy, terroir character... owned and farmed by Kevin Soucie (for) Layne Montgomery’s m2 Wines.

While they do not go into detail on recent bottlings, the International Wine Review editors do make mention of the ground-breaking Lodi Native project:

In 2012 several of Lodi’s new generation vintners... agreed to a set of rules for making Lodi Native Zinfandel, including the use of old vines from single vineyards, native yeast, used oak barrels, and nonn-interventionist winemaking, including no watering to reduce alcohol levels, no acidification, no fining or filtration. The best six Zinfandels made using the Lodi Native criteria are sold as a special six-pack. 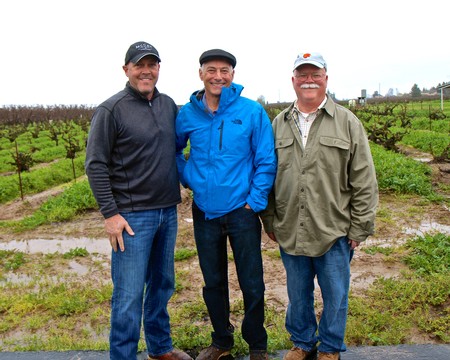 Finally, like many of today’s wine periodicals, International Wine Review furnishes notes and scores based upon a 100-point scale. All the California bottlings cited in their report scored somewhere between 89 and 95 points. Abbreviated notes (plus scores in parenthesis) on some of the Lodi grown Zinfandels put to the test: 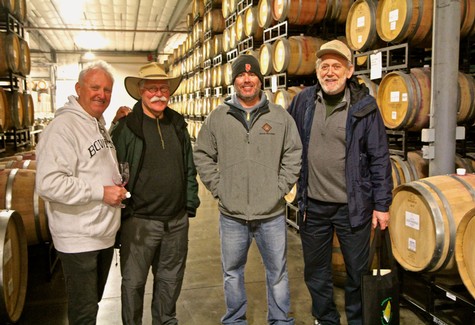 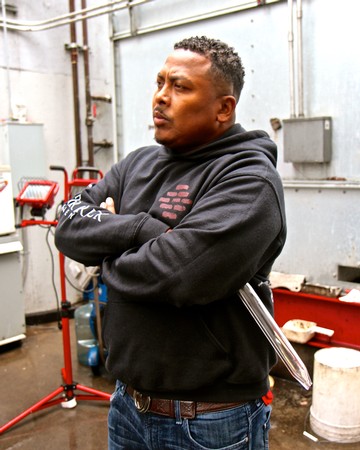 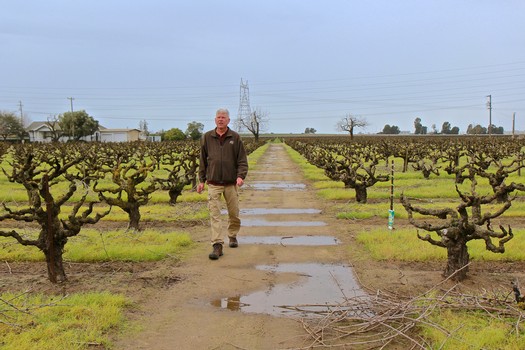