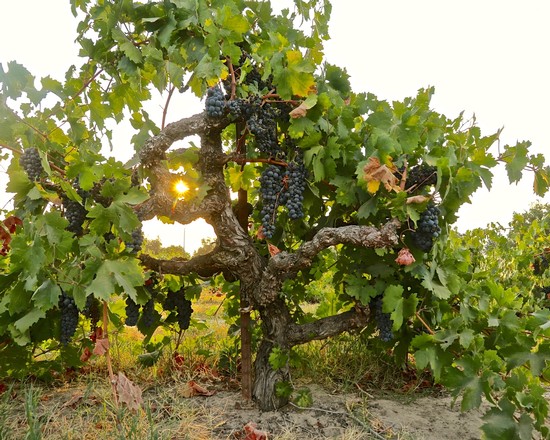 One of the big stories in Lodi wine country just over the past four, five years has been the influx of small, independent winemakers. Itty bitty producers bumping up against gigantic wineries to compete for grapes, bringing new vinous perspectives to America's largest winegrowing region, like breaths of fresh air. Each of these vintners has his or her own reasons for coming to Lodi.

For Birk O'Halloran, of the Napa-based Iconic Wines, the exploration of Lodi grapes has been all about, as he puts it, "the quality, history and variety I have found in the region, which opened my eyes to new possibilities."

O'Halloran originally founded his brand in 2010 to focus on "high acid coastal Chardonnay." The objective was to make "a more acid-driven 'New Cali' style wine but at a lower price point... it was the search for value that drove me away from the coast and towards Lodi." 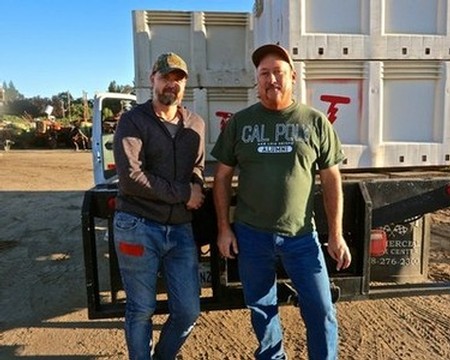 Icon's Birk O'Halloran and Galen Schmiedt during the 2022 harvest of the Schmiedt family's 1902 Zinfandel block.

He found one such object of his desire, he believes, in the Schmiedt family's Zinfandel block located on the east side of Lodi's Mokelumne River AVA. This multi-generational Lodi farming family's current custodian is Galen Schmiedt, who has paper evidence that this planting of gnarly, own-rooted, head trained Zinfandel was originally established in 1902.

Says O'Halloran, "I love getting to work with a piece of California history like the Schmiedt Vineyard I now even have a wish list of other old vines in Lodi that I hope to one day work with." 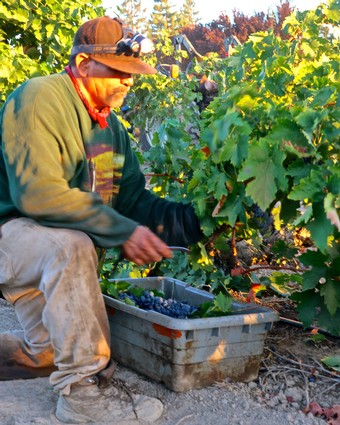 1. A reflection of O'Halloran's offbeat frame of mind, evidenced by the wine's comically "heroic" art label (a different one is created for all his bottlings).

2. An naturalistic, unadulturated rendering of the Zinfandel grape as grown in this 120-year-old vineyard, meant to be highly respectful of this provenance. 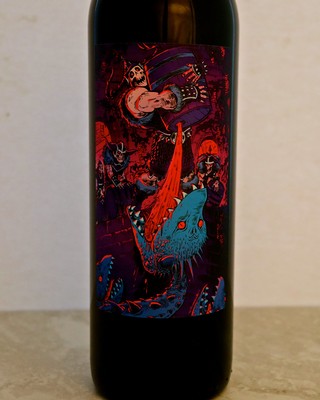 This wine, in fact, is almost Beaujolais-like in its exuberant strawberry/cherry fragrance—a varietal profile very true to other Zinfandels grown in this part of Lodi—and lively, tongue-tingling, acid-driven intensity of fruit, couched in an edgy yet pliant medium-full body.

Typical of many of these new style independent vintners, O'Halloran employed a minimal intervention, native yeast fermented methodology to this wine, as he does with all wines processed in his winery. "All the Iconic wines are made with native yeast," says O'Halloran, "I share the winery with Mike Lucia of Rootdown/Cole Ranch, and we have never allowed any commercial yeast into the facility." 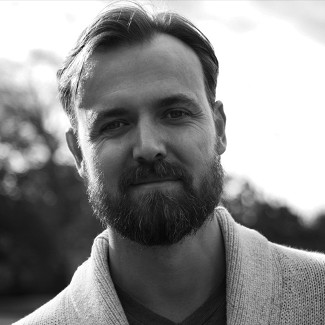 O'Halloran's approach is also calculated to achieve an ultra-bright fruit profile meant to be 100% free of the oakiness far more typical of California Zinfandels—or at least over 99.9% of them. Oak is decidedly not a sensory factor in this wine.

"We make the 'Old Gods' traditionally. The fruit is destemmed and fermented in an open-top oak vat. The must is pumped over or punched down daily depending on how the ferment looks and tastes. It is then aged in 3+ year old American oak for 10 months before bottling. The fruit that comes from the old vines has so much depth and character I think you don't need any tricks in the cellar to draw that flavor out, I just try and make sure we pick when there is still enough natural acids in the grapes to balance that depth." 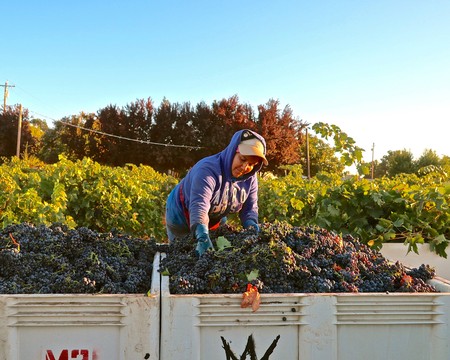 While ancient vine Zinfandel floats O'Halloran's boat, so do young vines planted (in 2018) to Cinsaut, which goes into his 2021 Iconic "Myriad" Clements Hills-Lodi Cinsaut ($25), sourced from the Sprague Family Vineyard. The strawberry-rhubarb pie-like perfume of this wine is so fresh, pure and intense that it rings like a senses like a Christmas bell. On the palate, the Cinsaut is soft, tender, and light as feathers. Since he has lots to say about this wine, we'll let O'Halloran speak for himself: 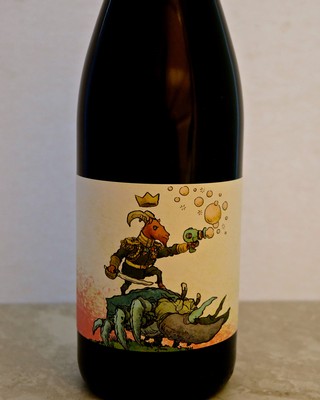 The "royal" goat on the label of the Icon Cinsaut.

"The Sprague Cinsaut showcases the 'new' varieties and innovations happening in Lodi. I haven't made this wine the same way twice yet, and am still experimenting with the young vine fruit to find its best expression. This year, I actually broke it into three different lots, making each one different. In 2021, I left the fruit in the bins it came in from the winery, foot-tread them lightly and then covered them in dry ice before wrapping them in pallet wrap to ferment carbonic [i.e., carbonic maceration, involving whole berry intra-cellular fermentation, resulting in a super-soft, Beaujolais Nouveau-like fruitiness].

"The bins were left untouched for 17 days before pressing. I released it in the spring of 2022 with the idea of it being a chillable summer red. While I do think it worked as that, the structure the whole-cluster imbued, I think, took a while to settle, and it is actually drinking much better now after some bottle age." 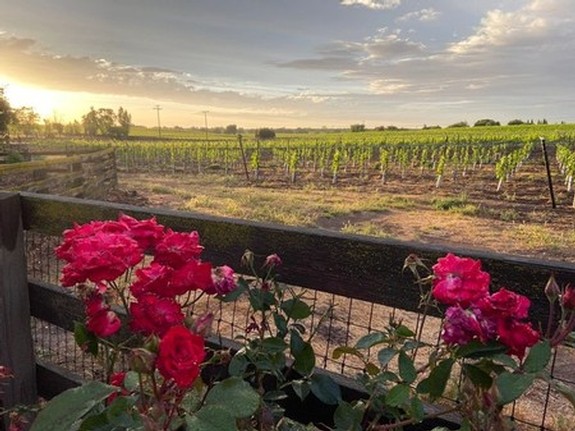 "The name mix-up is funny as the name Myriad (all the Iconic wines have their own name) was inspired by all of the AKA names for the grape I found when I started researching it. The label art is actually inspired by translations of some of the funnier ones I found, such as Pis De Chèvre, Poupe De Crabe, Black Prince, Pousse De Chèvre Rouge... I gave this list to the amazing artist Jesse Lonergan and told him to have fun with it. "

Above all, says O'Halloran, "We really have one core mission at Iconic—to make wines we want to drink." And, in fact, these are wines anyone, from discerning connoisseurs to the most casual wine lovers, can appreciate for their purity and lightness of sensory qualities as much as for their unadulturated manifestations of Lodi grapes. 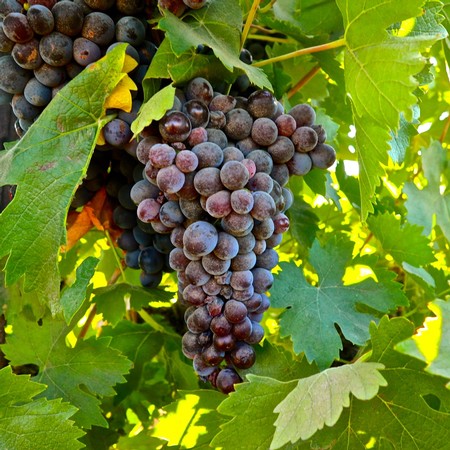