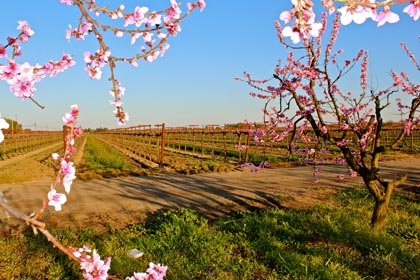 By the middle of March the yearly pruning of Lodi’s vineyards, which for big growers can start as early as the December before, is usually all done — just in time for buds left on the naked vines to begin to pop open and grow into new shoots.  But because of 2012’s dry winter – less than half the January-February rainfall than normal – many of Lodi’s growers are thinking that March 2012 may have arrived too soon. 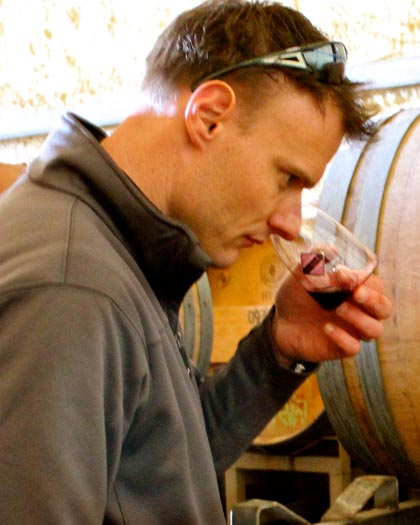 It is, however, not the fear that vines may mistake the dry ground for a signal to bud break sooner that worries grapegrowers.  It is the fact that there is such low humidity in the air, which can lead to severe temperature drops.  This increases the chances of frost damage, which can cause irreparable harm to young, tender buds.  “Our concern is not lack of rain, but fear of frost,” according to Borra Vineyards winemaker Markus Niggli.  “Our grapes are now in such high demand, and we’re finally starting to get decent prices for them,” says Niggli.  “The last thing we need this year is to lose crop to frosts, just as the vines are in bud break.”

Markus Bokisch, who farms close to 1,500 acres of vines in Lodi, tells us, “we’re probably headed for a more uniform bud break, which is okay.  Still, the dry winter and enormous of amount of chill hours has to be a concern.  We already know that yields will be more moderate this year — that’s already set in the buds” (viticulturists are able to predict the number of grape clusters by dissecting dormant buds).  Bokisch adds, “the dryness might be an issue for older vine Zinfandel, but that remains to be seen.  One bad cold snap can cause considerable damage, but you know what else is wrong?  The weather has been so dry, there’s been no excuses for us to take a few days off to relax — it’s been work, work, work all winter!’”

Of course, dearth of rain can be negated by access to water.  Niggli says, “we’ve already turned on the irrigation twice this year, to let water soak into the ground — the first time in the seven years I’ve been here that we’ve had to do that in the winter.”  Pruning of Borra’s 150 acres usually takes Niggli and his vineyard manager Manuel Maldonado about seven weeks to complete, but this year they put off doing the work for two to three weeks, depending upon the grape.  “Especially for grapes like Viognier and Barbera,” says Niggli, “which might have already been in bud break if we hadn’t delayed pruning.  I suspect that we’ll start to see some action in about two weeks.”

Todd Maley, who manages his family’s extensive vineyard holdings on the west side of Lodi between Woodbridge and Peltier, reports, “we just started to irrigate a little, which we’ll probably do again in April before going completely dry in May and June.”  Maley says the dry winter does stress the vines somewhat, but agrees with Niggli that “the real threat is frost… Chardonnay, which is usually among the first to bud, is already starting to swell in some vineyards, and you hate the lose that with the first temperature dip.”

But according to Maley, “three years ago we had temperatures in the 80°s in early March, which caused even more of a problem.”  If anything, adds Maley, “having such a dry winter means most farmers have gotten their work done a lot sooner than usual, since heavy rains usually delays movement in the vineyards.  Just about everyone is done with their disking and weed spraying, and those who have cover crops haven’t had much mowing to do either, since the cover crops didn’t grow very high this year.”

If you look around Lodi next week you might still see some vineyards that are either still not pruned or just beginning to get their late winter haircuts.  Citing one of his famous neighbors, The Lucas Winery’s ZinStar Vineyard — traditionally the last to prune in Lodi’s west side — Maley tells us, “if you have a small block, you can delay pruning to the very end, but farmers with 400 or 4,000 acres to prune don’t have that luxury – they’ve got start in January. “  Delaying pruning lessens the chance of frost damage, according to Maley, but “it’s a double-edge sword… conversely, your Zinfandel might take a week or two longer to ripen in October, which puts you at risk of losing crop due to October rains.”

Maley has recently grafted over much of his Merlot to Zinfandel and Petite Sirah – two varieties that are quite susceptible to rot when the rains come – because of the rising demand for these varieties.  Like the classic glass-half-empty farmer, he says, “now watch – demand and prices for Merlot will start to rise, now that many of us are changing over to Petite.”  Like others, Maley delayed pruning his Petite Sirah, just finishing this past week, mostly out of fear of Eutypa – a fungus that leads to wood rot or, worse yet, dieback of spurs or arms (a problem plaguing Cabernet Sauvignon as well).  Delaying pruning does not guarantee avoidance of Eutypa, but it decreases the chance of infections leading to it.

If this business of grape growing sounds suspiciously like a crapshoot, that’s because that’s essentially what it is – with Mother Nature playing The House.  That explains, perhaps, why you may be noticing more and more of Lodi’s winemakers attending church services lately!

A photographic rendering of Lodi wine country in winter 2012: 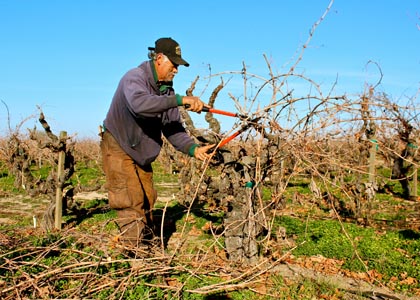 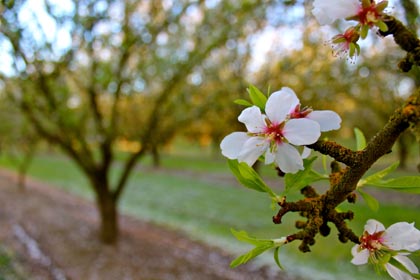 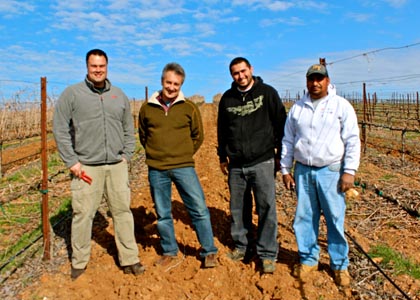 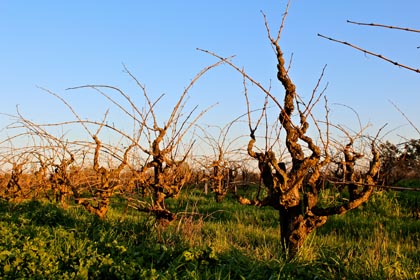 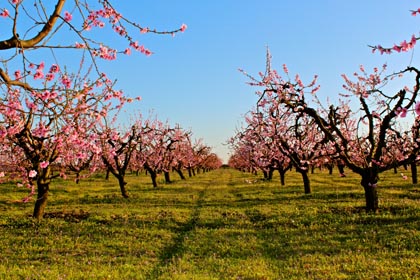 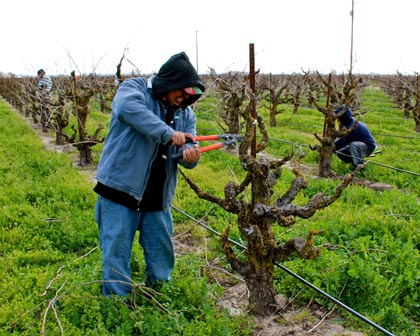 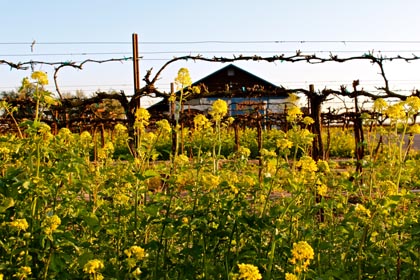 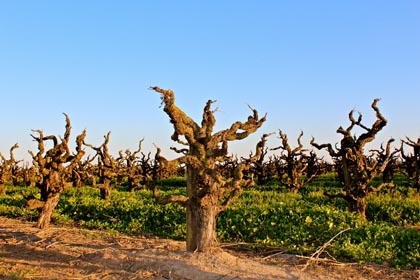