Distinguished judges share thoughts on the 12 Zins of Lodi 2014 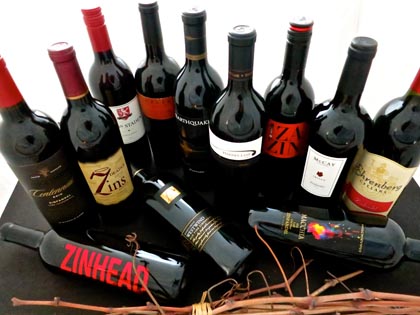 The 12 Zins of Lodi 2014 have been chosen by a jury of eight respected wine professionals, as a result of a formal tasting taking place in San Francisco this past February 5th, organized by Charles Communications Associates for LoCA. These 12 Zinfandels were selected for being representative of the best of what the Lodi AVA has to offer today, in every price point; and samples will be sent out in care packages to media across the country.

The jurists made their selection after tasting a total of 57 Lodi grown Zinfandels in a double-blind format – meaning, they did not know the names of the brands (winery submissions were limited to two bottlings per winery). The envelope, please: 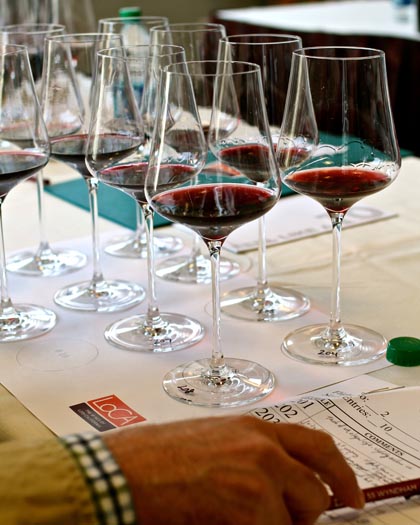 The judges and their bona fides:

Among the surprise choices was the rarely seen JC van Staden Zinfandel, crafted by the South African born winemaker of Peltier Station (Mr. van Staden). Only, this Zinfandel was produced for NakedWines.com as part of their La Tau Lodi collection. The wine also seemed like the essence of the "new" Lodi style, which is a finer, more restrained, sleeker version of Lodi Zinfandel (as opposed to the big, ripe styles associated with Lodi in the recent past). The JC van Staden was marked by silken rich, sharply focused sweet berry fruit character; packaged in a zesty, bouncy medium body, finishing with a real sense of grace.

Another consensus stand-out was the !ZaZin, produced by the Sonoma based Tierra Divina Vineyards – owned by Patrick Campbell, who now has over 20 years of experience working with Lodi fruit. If any wine epitomizes the exuberance of Lodi grown fruit, it might be the !ZaZin – which virtually all the judges were drawn to for its purity of bright, flowing, sweet berryishness, while tasting completely dry on the palate and unblemished by any excess of oak or overripeness.

Otherwise, all the other final choices will show media across the country a number of different sides of Lodi Zinfandel; such as the

Before the wines were unveiled, the judges shared a few overall thoughts on the current state of Lodi Zinfandel amongst each other. As duly noted:

Fred Swan: Lodi is associated with really rich, ripe fruit and high alcohol styles, reflecting a warmer growing region. But for the most part, I found just a few wines where alcohol was out of control. In fact, my overall impression was wines with really nice textures and quite a bit of sophistication in tannin and body – almost like zins for cab (Cabernet Sauvignon) lovers. A number of wines had more oak than fruit, and some had green, weedy notes, probably reflecting harvest conditions in recent vintages (2010 through 2012). But the zins that I liked most had a nice range of predominant fruit qualities, from red berries and Bing cherry to black cherry and cranberry sauce. 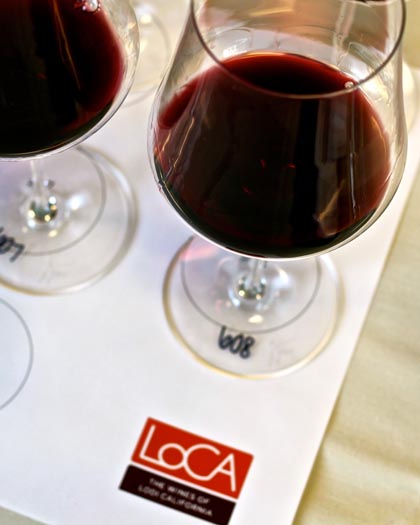 Elaine Brown: I agree and disagree with Fred's comments. Overall I found ripeness backed off in almost all the wines – demonstrating the false assumption about the region as being a hot one where big, ripe wines are made. If you are expecting dark, concentrated, raisiny wines from Lodi, you're going to be disappointed. One of the interesting things I did find showing up in many of the wines was a soil character – in the textures, I could feel a distinct Lodi soil quality in the wines. But like Fred, I also found examples where fruit and soil qualities were covered over, in part, by oak.

Gilian Handelman: I was pleased with the overall quality of the wines, which had a certain consistency – mostly that of no excess of overt flaws. People with preconceived notions of Lodi would be surprised by this.

Deborah Parker Wong: I found three basic aroma and flavor profiles in these wines – 1) spice driven; 2) floral fruit; 3) oak dominant – and I found myself preferring the first two. In any region, you expect a full range of styles, weights and complexities, and Lodi is no different.

Traci Dutton: I'm with Deborah in preferring the leaner, brighter, red fruit style Zinfandels. Yet at the same time, I was pleasantly surprised that even the wines on the other end of the spectrum – the fuller, richer, oakier examples – were well balanced, and very nicely done.

Tim Teichgraeber: There were a lot of different wines – from lighter, delicate styles of Zinfandel, to heavier, extracted styles. You normally expect dark, concentrated, jammy styles from Lodi, but recent vintages, with a stretch of cool weather not usually associated with Lodi, seem to have changed all that. There was a little greenness in some of the wines, and also some really nice, elegant wines – again, not what you expect from Lodi, but is definitely there. I found maybe a couple of instances where I question a winemaker's decision – like one wine that came across like a stick of bacon stuck in milk chocolate – but overall I was impressed, especially by the bright, leaner wines that go better with food.

Bruce Cass: I expect Lodi wines to have ripe berry/cherry qualities, but I didn't find it in all the wines. If anything, most of these wines seemed like "winemaker" wines rather than vineyard wines – wines tasting more like winemaking decisions than a place.

David Glancy MS: My top choices were actually the wines made in the bigger, riper style, but none of them seemed like 800-pound gorillas. There really wasn't anything like this today, and very little with ripe, pruny notes. In some of the wines, oak was definitely driving the bus, but there weren't too many examples of over-extraction of fruit. And even in the wines that seemed over-oaked, there seemed to be a feeling that this was more because the wines were just bottled, and tasting a little disjointed at the moment.