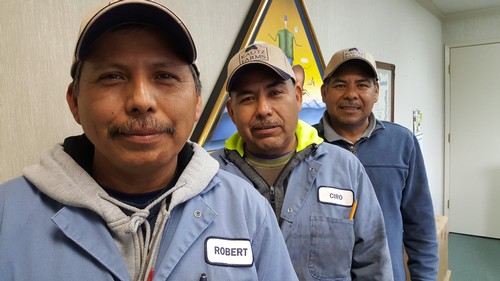 Brothers Robert (front), Ciro (middle) and Pablo Camarago have worked for more than 30 years each at John Kautz Farms in Lodi.

The Camargo brothers are together most of the time.

Ciro, Pablo and Robert are from Guerrero, Mexico, and each has worked for John Kautz Farms in Lodi for more than 30 years. They live close to each other near their job and their families socialize regularly.

They help run the engine, figuratively and literally, for Kautz Farms, which has historically grown fruit, vegetables and wine grapes, some of which are processed at the family-owned Bear Creek Winery. The Kautz family also owns Ironstone Vineyards, which has a large international presence and has been listed among the 20 largest wineries in terms of cases sold in the United States.

“I like to stay with my brothers and my family,” Robert Camargo said. “I like to work on mechanical things and I like the fields. Having all three in the same spot, it’s perfect for me.” 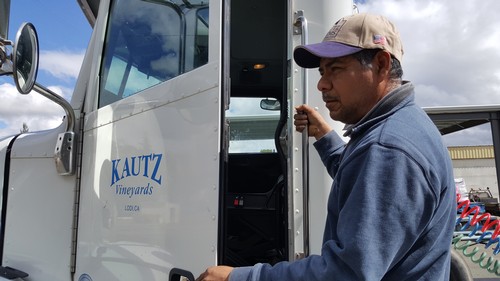 Every day is different, something Pablo appreciates.

“I enjoy my job when I have a combination of driving and working in the fields,” he said. “I like that part and I like working with my brothers and I’m very close to my house. I like that. I don’t live too far.” 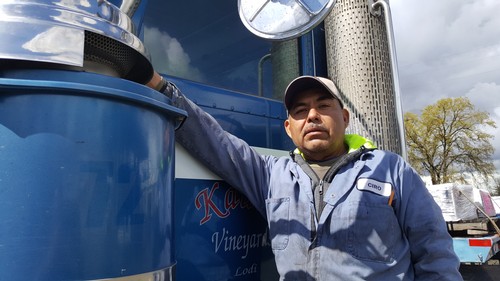 The Camargos emigrated to the United States to work and help their parents and eight siblings. Robert was hired in 1986 by Kautz Farms, a large farming operation founded by John Kautz in 1952 that started growing wine grapes in 1960. Robert’s brothers came on board about a year later. Their father and some of their cousins work for the company as well.

The brothers started out with Kautz Farms pruning, picking grapes, working the fields and driving tractors. They now have huge responsibilities. Ciro and Pablo drive the company’s semi-trucks, while Robert maintains Kautz’s fleet of tractors, harvesters, trucks and other equipment. They also pitch-in with other tasks whenever and wherever needed. Kautz Farms currently grows wine grapes, almonds, and cherries in fields spanning across Calaveras, Sacramento, and San Joaquin counties.

“Robert is our head mechanic,” said Joe Valente, Kautz Farms’ vineyard manager. “He can do something I can’t do: He can take an engine apart, a transmission apart and put it back together and it works. I can’t do that.

“Pablo and Ciro are our two truck drivers. They can drive any piece of equipment we have from a tiny tractor to a great big tractor to a back hoe to whatever.”

The Camargo brothers came to the United States to work and make a better life for the eight children they have between them. The brothers didn’t have an opportunity to earn an advanced education. They had to work to help support the family. They have stressed the importance of education to their kids. 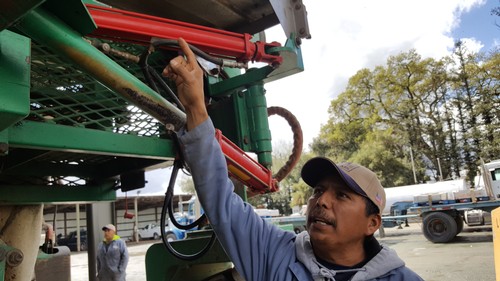 Robert Camargo can fix and maintain any piece of farming equipment, including harvesters.

Robert has three daughters: one is a teacher, another is in college and another was born with cerebral palsy.

“I always say you have to stay in school,” Robert said.

Ciro also has three daughters. The youngest is in high school, the oldest is studying at UCLA and the middle child is employed. Pablo has two young boys, ages 8 and 4.

Robert said he and his brothers are proud of their families and grateful to the Kautz family for providing them with an opportunity and a stable work place. Valente said the feeling is mutual.

“When I get here in the morning, the guys are here,” Valente said. “I don’t say you guys have to do this. They know what to do and it makes it so much easier. There are a lot of employees that have worked here a number of years and that makes it good.”

“(Fehling) and John Kautz started together at a young age,” Valente said. “To be here 60 years tells you a lot about our farming operation.” 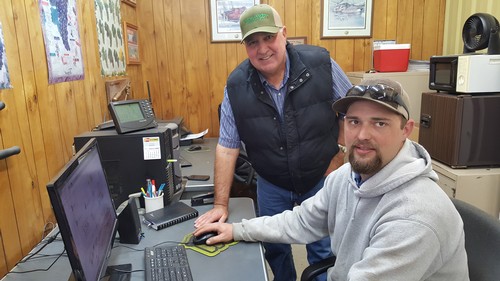 The Camargos are just one of the families working on the farm. Joe Valente’s son, Gary Valente, has been with Kautz Farms since 2006 when he started as a student at California State University, Fresno. In 2010, Gary was hired full-time to help manage equipment and operations.

“I do welding and fabrication. We maintain all of our own equipment,” said Gary Valente, who studied agricultural education at Fresno State. “That’s what I do in the winter. During the spring and summer, if we’re planting new vineyards, I oversee all the underground irrigation. We do all our trenching. We do all the pipes from 12 inches to 2 inches. During harvest, I work nights. I’m doing everything from mechanic work if a machine breaks down to paperwork.” 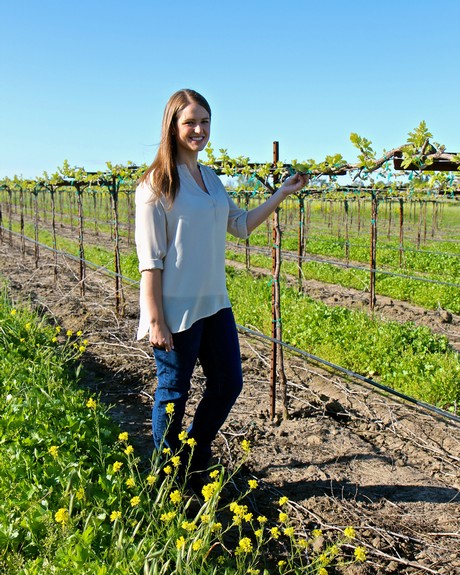 “We’re together all the time,” said Joe Valente, “so it’s kind of unique we all have the same interests.”

Ciro, Pablo and Robert Camargo share similar interests as well. They enjoy working in the fields and in the machine shop. But most of all, they like being together.