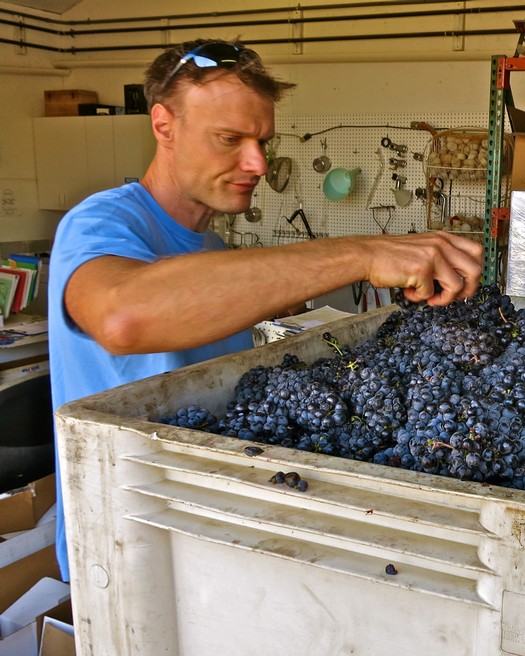 But lost among all the hullabaloo is this pervasive fact: Niggli is also a master of red wine blends; all bottled under special Borra Vineyards labels (Niggli’s white wine blends are bottled under the Markus Wine Co. label).

And it’s not just because of packaging – consumers becoming enthralled by imaginative labels such as Freakshow, Petite Petit, Coup de Grâce, Tievoli, “The Other,” to name just a few of some of the more successful Lodi grown red wine blends out in the market. It’s also because consumers have become sophisticated enough to appreciate red wines beyond varietal labels. In other words, they no longer expect red wines to taste exactly like Zinfandel, Merlot, Cabernet Sauvignon, or any other specific varietal. Instead, consumers are more open than ever to red wines artfully blended from multiple grapes, each combination expressing its own, unique sensory qualities. 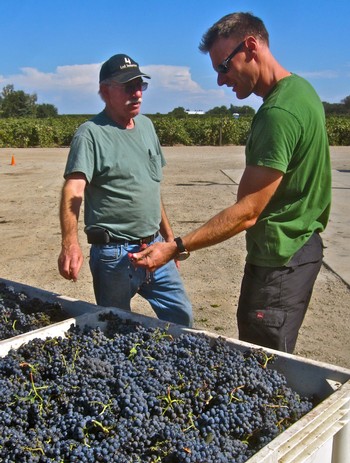 Mr. Niggli tells us: “From the beginning for us at Borra Vineyards, blends have been an important part of what we do. Since we are small, blending gives us a chance to increase our volume of production. But more important, I believe that every grape can enhance the flavor profile of a wine. I create blends to make particular wines better.

“For example, our 2014 47.5° Red Wine has Petite Sirah as its base because of its concentration of black fruit, plus tannins that are generous yet soft. Blending the Petite Sirah with Syrah adds further depth and funk to the wine, while a smaller portion of Mourvèdre gives an acid tone, a sense of freshness and its own red fruit quality. The entire combination shows off the best of what we can grow in Lodi” – a huge plus for Niggli, given his European background and natural instinct to think of quality in terms of vineyards or regions, as opposed to the varietal character of individual grapes.

One of Niggli’s more original blends is his 2014 “Intenso,” which combines the qualities of Borra grown Zinfandel, Merlot, Petite Sirah and Cabernet Sauvignon. Says Niggli, “You won’t find too many blends like Intenso – all the grapes used in this wine are typical stand-alone varietals, but together they create a complex, intense, multi-layered whole of its own. 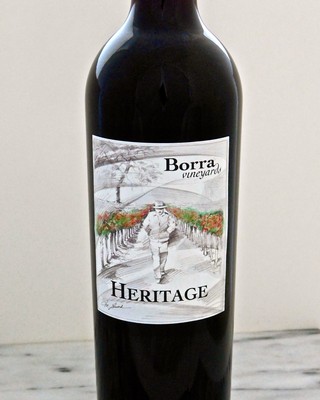 “Our Borra Vineyards club members have become used to the emphasis on blends in our program, which started with our first ‘Fusion Red.’ Every year since then, our red Fusion (usually consisting of Syrah plus two to three other grapes) has been our #1 best seller here at Borra.”

Mr. Niggli acknowledges that the trend towards red blends is fairly recent. “Reception of our blends was a little slow at first; especially for restaurants, who were not all that interested in them – perhaps because it’s a little harder to pair food with unfamiliar red blends. But the retail stores always found space to work with them.”

Niggli is particularly enthusiastic about his 2013 “Finesse” – a classic combination of Cabernet Sauvignon and Merlot in about a 60/40 proportion. He tells us, “The Finesse is drinking very well right now, now that it’s had a little bit of bottle-age. With recent climate changes, we tend to pick red grapes fairly early, at a higher acid levels, which is perfect for wines meant to be appreciated with more bottle-age. Higher acid balance allows wines to settle, and the tannins to soften while the fruit starts to emerge. 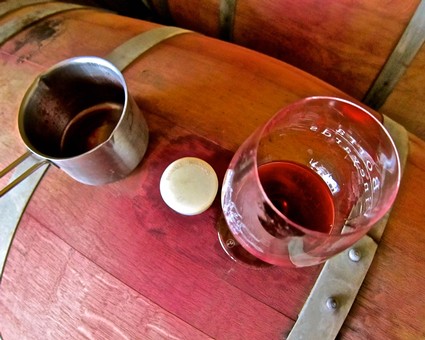 “Our Finesse blend has the structure of Cabernet Sauvignon, complimented by the fine tuning of Merlot. 2013 was a very interesting year. Grapes were ripening very quickly early in September but then they leveled off, with sugars barely moving. We decided to pick on the earlier side instead of waiting longer. As a result, grape pH was just perfect. Merlot came in early, in mid-September; and Cabernet Sauvignon came in the first week in October. Looking back, that was 3 weeks earlier than the previous year (2012); but today mid-September-to-early-October harvests seem ‘late.’ Times are changing, but all for the better for Lodi style reds!” 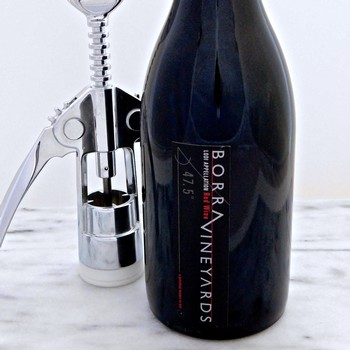 2014 Borra Vineyards, Lodi 47.5° Lodi Red Wine ($35) – 80% Petite Sirah, 10% Syrah and 10% Mourvèdre. Crafted from the winery's best barrelss and a cut above the Fusion in depth and complexity; thus, considered the winery’s “top-of-the-line” blend. Rich ruby color and forward, raspberry/cherry liqueur-like intensity in the nose. On the palate, beautifully fruit focused (very subtle sweet oak notes); round, fleshy, velvety, and restrained in weight (14.4% alcohol). Winery recommends braised shortribs with mushrooms. We'd suggest cheese grits or soft polenta to match, as there's something to be said for both foods and a wine that "melts in the mouth." 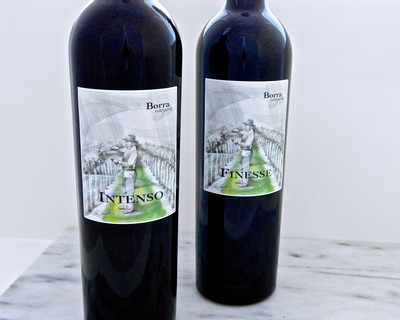 2014 Borra Vineyards, Lodi Intenso ($22) – 30% Zinfandel, 30% Merlot, 30% Petite Sirah and 10% Cabernet Sauvignon. As with most their red wine blends, grown in the Borra family’s Gill Creek Ranch in Lodi’s Clements Hills AVA. Exuberant aromas of fresh black cherry, with suggestions of sun dried cherry, something of a dried herb quality, and just a smidgen of vanillin oak.  Meaty, moderately full feel (14.4% alcohol); vibrantly flavorful on the palate, with mildly filling yet round, smooth tannin. 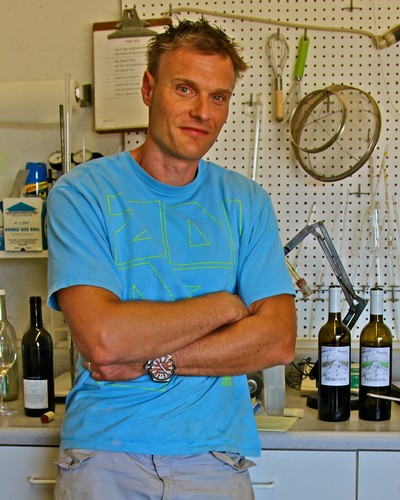