Are we brainwashed by wine prices and ratings? 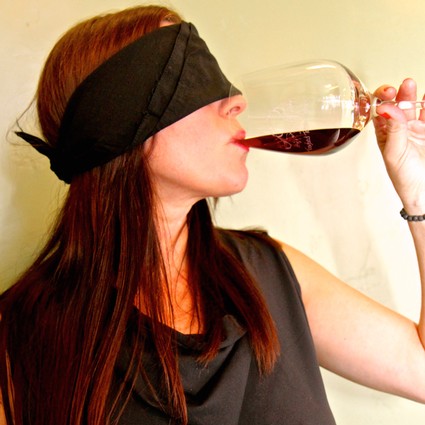 The non-existent connection between quality and price

How much of what we perceive or think about wine is a mind trick - much less real than we may suspect?

Naturally, here in Lodi – where average bottle prices tend to be slightly lower than that of other wine regions because of a number of circumstances, beginning with grape prices – we have reason to dwell on this question. In our case: How much of what consumers (as well as critics and wine industry professionals) think of Lodi wines is real, and how much is simply unfounded perception?

A number of studies have been done on this very subject – the misperception of wine quality as it relates to price and popular ratings. Particularly one study reported in the Journal of Wine Economics (Spring 2008). The extensive research cited by this issue involved 17 blind tastings conducted by a food and wine critic named Robin Goldstein. 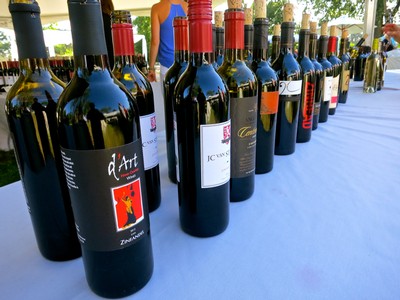 In these tastings, participating subjects were asked to rate wines on a scale of 1 to 4. The tastings were conducted “double-blind” – test subjects did not know the identity of the wines tasted – and the wines utilized ranged in price from $1.65 to $150 per bottle. In total, 506 participants tasted 523 different wines, resulting in 6,175 observations. The paper’s abstract, summarizing the results of Goldstein’s study:

Individuals who are unaware of the price do not derive more enjoyment from more expensive wine. In a sample of more than 6,000 blind tastings, we find that the correlation between price and overall rating is small and negative, suggesting that individuals on average enjoy more expensive wines slightly less. For individuals with wine training, however, we find indications of a non-negative relationship between price and enjoyment. Our results are robust to the inclusion of individual fixed effects, and are not driven by outliers: when omitting the top and bottom deciles of the price distribution, our qualitative results are strengthened, and the statistical significance is improved further. These findings suggest that non-expert wine consumers should not anticipate greater enjoyment of the intrinsic qualities of a wine simply because it is expensive or is appreciated by experts.

In the past we have also cited a 2008 study by Associate Professor of Economics at the California Institute of Technology named Antonio Rangel, who came out with a report on how price effects perception of wine quality (see Wine Study Shows Price Influences Perception) in a study in which subjects were told the price of the wines they were tasting. 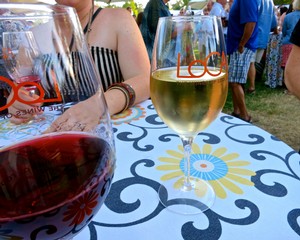 On top of that, Rangel scanned the test subjects’ brains to monitor the “neural activity in the medial orbitofrontal cortex” – an area of the brain believed to be where sensations of pleasure are hot-wired during encounters involving taste, odors, music, etc.

Rangel asked 21 volunteers to blind-taste 5 different bottles of Cabernet Sauvignon and rate their preferences. The taste test was run 15 times, and the wines presented in random order. However, two of the wines were presented twice; one with its true retail price, and the other with a fake price. They presented one bottle that actually retailed for $90 as a $10 wine, and still another bottle that retailed for $5 as a $45 wine.

The results of Rangel’s study: Neural activity demonstrated that higher priced bottles definitely enhanced the subjects’ experience of wines. Subjects consistently gave higher ratings to the higher priced wines, even when they were the exact same wine as a lower priced (hence, lower rated) one. To quote Professor Rangel, “This study shows that the brain’s rewards center takes into account subjective beliefs about the quality of the experience… if you believe the experience is better, even though it’s the same wine, the rewards center of the brain encodes it as feeling better.”

This comes as no surprise. No doubt we are all aware that we are susceptible to suggestion. When someone tells us a product is of higher quality, we want to believe that; and price is perceived as an indicator. We know that the power of hypnosis is based upon suggestion – like a rewiring of our brain’s receptors, causing us to respond in ways we are induced to respond, even against our better judgement (conscious or unconscious). 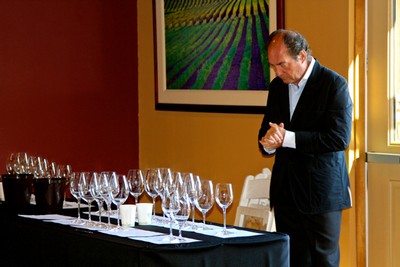 The important thing is being cognizant of what these studies demonstrate. Particularly this simple premise: When it comes to wine, price does not necessarily correlate with quality. We are being duped, but it is not so bad if we are aware of it!

Fact of the matter is, there are numerous factors that determine why some wines are priced much higher than others, regardless of quality. Supply and demand, to begin with, often skews prices. Even more often, a wine is more expensive because it is grown in a region where grape prices are two or three times higher than grape prices in other regions. Yet there are mediocre producers turning out mediocre wines right alongside great producers in high-priced neighborhoods. Talent, and care, also count.

Which is why, as in the case of Lodi, it is no longer surprising to find wines rated as highly (in blind tasting formats) as wines priced two, three times higher. The average cost of producing wine in Lodi may be lower than than in other regions; but that doesn’t stop talented Lodi vintners from producing wines that can, and often do, impress both non-expert consumers and highly experienced professional wine judges.

Higher priced wines that we find disappointing can also be the result of cost of production; such as use of more expensive oak barrels (notwithstanding the fact that no amount of new, fancy oak can “improve” an average quality wine, other than making it taste "oakier"), or increased capital investment put into vineyards or winery equipment (someone has to pay for this, and it's usually consumers). Another reason could be markups multiplied by either middlemen (particularly brokers or importers) or enhanced marketing or advertising costs, which invariably add to the cost to products funneled through the usual winery-to-distributor-to-retailer system before landing on our dinner tables.

Then there is the matter of rating systems – particularly 100-point scores that consumers are asked to consider alongside prices at the retail shelf. Higher scores, like higher prices, suggest higher quality, but let’s be real: In virtually all cases, ratings are set by individuals who taste a lot of wine, but who do not necessarily have the same taste as you. 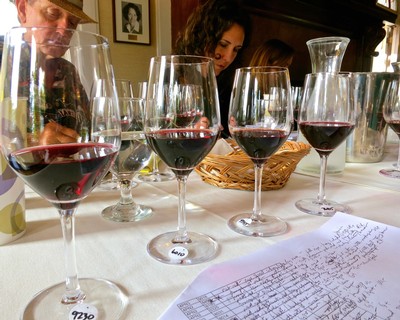 For instance, the world's best known and most influential wine critic, no less, is famously oblivious to the taste of Brettanomyces – a serious wine flaw originating from a yeast that gives red wines the smell and taste of leather, and often “barnyard” (i.e. animal poop) – in wines. He is also partial to wines that are very ripe in fruit (using words like “opulent” and “hedonistic” to describe them), and often high in alcohol. But what if you don’t like alcoholic, fruity wines that smell like a barnyard? What if you enjoy lighter, crisper, clean and minerally tasting wines, which almost always garner lower "scores" simply because subtlety is usually perceived as lack of intensity?

One thing to remember is that the 2008 paper put out by the Journal of Wine Economics actually found an inverse relationship between wine ratings and perceived quality, re one of their observations:

... in a large sample of blind tastings, we find that the correlation between price and overall rating is small and negative. Unless they are experts, individuals on average enjoy more expensive wines slightly less. Our results suggest that non-expert wine consumers should not anticipate greater enjoyment of the intrinsic qualities of a wine simply because it is expensive or is appreciated by experts.

Then again, this really is no different from brainy movie critics who give the highest ratings to films that you know darned well would utterly bore you. Or art critics who point out all kinds of ingenius strokes in a painting that you find to be an uninspiring mess. It’s a good thing most of us know our taste when it comes to movies and art – and many other things, like books, music, and sports – but understandably, we want to trust someone else’s taste when it comes to wines because the nuanced qualities of the best wines can often be somewhat elusive.

But does it really matter? What good are qualitative nuances if they don't actually contribute to your enjoyment? 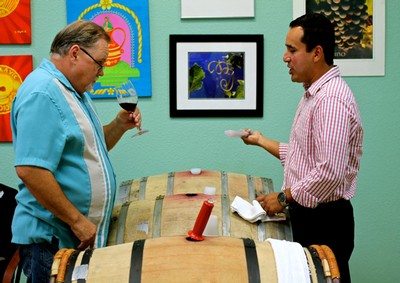 And besides, even experienced wine professionals are often deceived by bottle labels, price tags, reputations, preconceived notions, personal predilections, irrationalities and blind spots, or the basic unreliability of individual sensory perception. No one is immune; and if they say they are, they are either lying or delusional.

Like that of any artistic expression, the evaluation of fine wine invites a subjectivity contingent upon mental as well as physical circumstances, whether a wine is tasted "blind" or not. To what extent? See this report on Wine Tasting: It's Junk Science; concerning a 4-year experiment involving professional wine judges at the California State Fair, which resulted in "disturbing" findings regarding the ability (or inability) of even the most respected judges to rank the exact same wines, poured from the same bottles, with any degree of consistency.

The worse wine critics, in fact, are probably the ones with a false sense of infallibility. Who believe their 100-point scores have the permanence of biblical tablets despite still another factor that every experienced taster acknowledges - that not every bottle under the same label tastes exactly the same. Good wine is an organic (in the original sense of the word) product, and it's silly to expect sameness. Bottle variation is a fact of life, which only exasperates the fact that the taste perceptions of human beings (including the world's greatest wine "experts") are just as variable. Even Popes know (or should know) this about their judgement. Wine critics – because they are evaluating liquids that shift and change as rapidly as their senses, and the minute hands on a clock – even more so.

So what is the alternative? Chaos? The answer is, an appreciation of wine the same way it was done for centuries, long before 100-point scores were even thought of, and before obscenely wealthy people in China, New York, Tokyo or Las Vegas weren't driving up the prices of the rarer stuff.

That is to say, each individual making a concerted effort to understand his or her own taste in wine, critics be damned. If your instinct is to be skeptical of prices, high or low, then you're already half-way there. Hey, let's open up a bottle and talk about it. There is, after all, no trust like trust in yourself, and in the experience shared with friends, family, and especially equally good food.