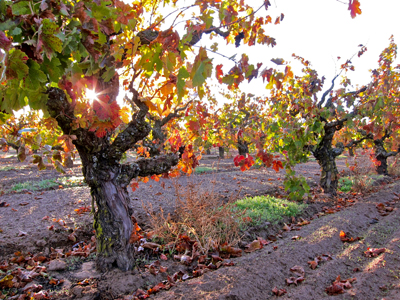 And now, although it's taken 128 years, one Lodi vineyard has finally gotten its due: the Bechthold Vineyard, planted in Lodi's west-side by Joseph Spenker in 1886, has just been named the 2014 "Vineyard of the Year" by the California State Fair. 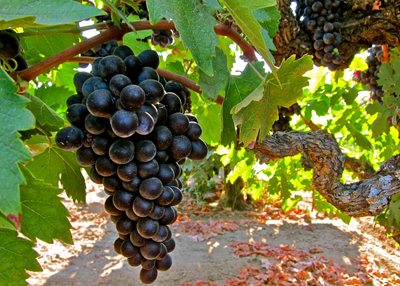 The honor was bestowed by a committee of a dozen wine professionals; one of them, Mike Dunne, the Chief Judge of the California State Fair. According to Mr. Dunne, the criteria for Vineyard of the Year was "choosing vineyard that has been consistently producing high quality wines for a very long time."

It is ironic, however, that the quality of Bechthold Vineyard – planted 100% to the largely underappreciated Cinsaut grape – was shrouded in something of a thick and endless fog bank during the first 118 years of its existence. Up until recently the heirs of Joseph Spenker had been farming and selling its grapes under a somewhat meaningless (at least to winemakers) name: as "Black Malvoisie." No one in the California wine industry has ever desired a grape called Black Malvoisie. Therefore, for the longest time, most of the Bechthold grapes were shipped out to home winemakers and wineries in other states; those willing to take "anything" from California, especially grapes sold for bargain basement price.

Nonetheless, the family continued to lovingly nurture Bechthold Vineyard's 25 acres; even during the 1980s, when the grapes were going for as little as $45/ton. According to the property's second-to-the-last custodian, Al Bechthold, who passed away earlier this year (2014), in the early 2000s the grapes were still barely fetching $200/ton – less than the cost of farming the vineyard!

To paraphrase Mr. Grahm, it is profoundly comforting that to Joseph Spenker's great-grandaughter, Wanda Woock Bechthold, the vineyard has always represented a place of rare beauty and meaning. How else do you account for its survival, against all logic or economic sense? 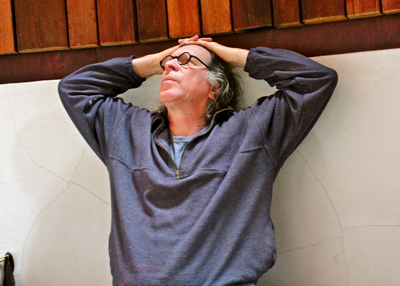 Grahm, who has been utilizing these Cinsaut grapes since 2004, still refers to the planting as Woock Vineyard; in tribute to Wanda Woock Bechthold's stubborn devotion to this block of ancient vines – worth nothing to no one but the family. You can still find this remarkable woman sitting at Jessie's Grove Winery (owned by her son, Greg Burns) every Saturday afternoon, willing to tell the story of the Spenker family to anyone who would care to listen (please find further details in one of our previous blogposts, The Magical Bechthold Vineyard).

As it were, Bechthold Vineyard was "rediscovered" in 2004, and is now sourced by highly regarded producers such as Bonny Doon, Turley Wine Cellars, Onesta Wines, and The Scholium Project (locally, a little of Bechthold's Cinsaut has also been vinified by Michael David Winery, Estate Crush, and most recently, McCay Cellars).

When Al Bechthold finally got too frail to mount a tractor, the vineyard (still owned by Wanda Woock Bechthold) was put into the hands of Michael David Winery's Phillips Farms on a long term lease. Organic composting and cover cropping has helped to restore the vineyard's vigor; and all the "dead spots" accumulated over the past century have been filled in with new Cinsaut plants, meticulously watered and babied by hand.

Two years ago, after a tasting of a number of the vineyard-designated varietal bottlings from Bechthold Vineyard, Mr. Dunne wrote: "They (the Bechthold reds) tended to be meaty… but also floral, fruity, broad, plush and spicy. They were different. I don’t think anyone would confuse any of them with Cabernet Sauvignon, Zinfandel or Merlot… They were husky, but the tannins seemed to shatter and fade when you put the wine in your mouth. They fell on the agile side of the athletic scale rather than the muscular.” 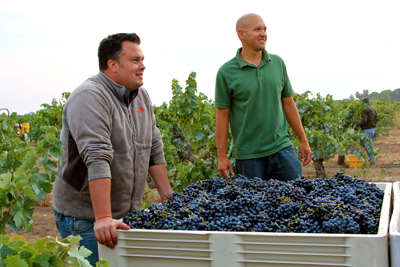 Grahm has recently commented on the character of Bechthold grown Cinsaut for this page: "These grapes really blow my mind… the wines demonstrate the varietal like no other vineyard: dark red morello cherry, with a marvelous perfume, like a confit of candied fruit, and a real elegance – feminine, sleek, graceful, savory, seductive, and strong without being tannic or blocky. In that sense, there is more in common with Pinot Noir than other Southern French grapes – a superb gastronomic wine. It also has magical catalytic qualities as a blender with other wines, and is fabulous for pink wine."

Grahm added that, if he had his druthers, "There would be more wines made with the delicacy of Cinsaut from Woock Vineyard. The problem is that there is so little economic incentive for winemakers to make California wines like this. They can't get the respect and support of critics, and they can never charge nearly as much as they should. Musigny (one of the most famous vineyards of Burgundy in France) might sell for $400, but a wine like the Woock Cinsaut has its own pedigree, its own raving beauty… I adore it!" 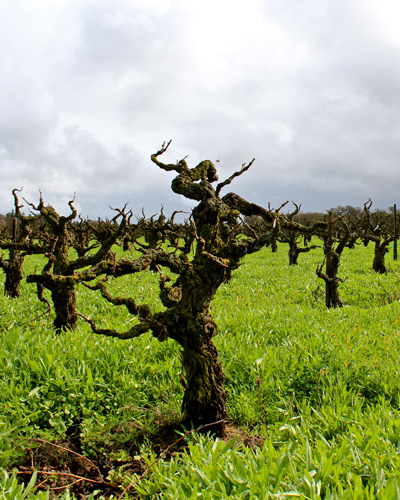 Tegan Passalacqua of the prestigious Turley Wine Cellars is just as effusive, when asked about Bechthold Vineyard. "The beauty of Bechthold is that it defies what a lot of people think of Lodi wines," says Passalacqua. "It makes a red wine that is not heavy, not high in alcohol, but rather, light and refreshing. It reminds me of Grand Crus Beaujolais in some ways – it has structure, but also high drinkability, and its aromatics are intoxicating, extremely perfumed."

There are other words – like compelling, unique, or phenomenal – that can be used to describe Bechthold. But notice how it all comes back to our original conception: the wines are the vineyard, just like the vineyard is its history, its ties to a single family, and if you will, the long time coming of its dawning grace.

Yes, the world is better for Bechthold; but hopefully, we'll soon see even more of Lodi's heritage vineyards finally come into a similar light. 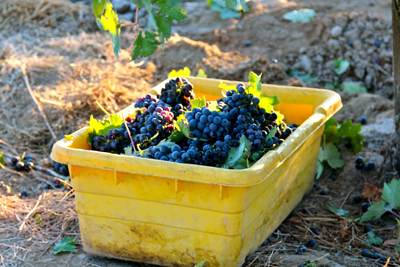