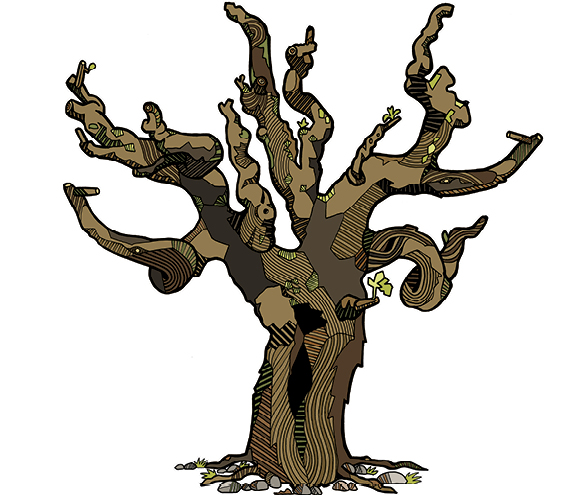 One of the added benefits to having nearly 200 years of sustainable farming under your belt is having gnarly, old winegrape vines to show for it. Many planted during the timeframe between California’s gold rush & Prohibition, these old vines have been cared for generation after generation by Lodi’s farming families.

Due to their labor of love, Lodi is indisputably home to California’s highest concentration of own-rooted old vines; vines which, today, are being sought out by trailblazing winemakers across the state who are crafting vineyard-driven varietal wines of distinction.

For more than 150 years, Zinfandel was the most widely planted winegrape variety in California, making it the state’s heritage grape and is today, among the top five. One of the first winegrape varieties to be planted in Lodi during the California Gold Rush, Zinfandel holds a special place in the region’s history. Continued care has allowed many of Lodi’s original, gnarly old Zinfandel vines to thrive, making the region home to the highest concentration in the state. The self-proclaimed Zinfandel Capital of the World, Lodi produces nearly 40 percent of California’s premium Zinfandel. With plantings dating back to 1888, journalists and wine enthusiasts alike have long recognized Lodi as the home of highly acclaimed Old Vine Zinfandels. These vines, many of which are still planted on their own rootsocks, are naturally low-yielding due to age and consistently produce high quality fruit. Although costly to maintain, Lodi growers are committed to preserving these living artifacts of California’s agricultural history.

In addition to Zinfandel, some of the first varieties planted in Lodi include Flame Tokay Carignan, Cinsaut (or Black Malvoisie), and Alicante Bouschet, among others. During Prohibition, these varieties helped sustain Lodi’s grape growing industry as growers found a booming market in shipping freight car after freight car to folks looking to try their hand at home winemaking. Many of these old, untrellised vineyards still exist in the region today. There are two primary reasons these vineyards have such longevity – one, being place and – specifically – Lodi’s deep, fine sandy loam (primarily in the Tokay Series) which is inconducive to natural pests like phylloxera and nemotodes. Equally as influential is Lodi’s growers who have cared for these old vineyards, generation after generation. Today, these heritage vineyards are a source of great pride among the community and are being sought out by winemakers across the state who are crafting vineyard-driven varietal wines of distinction.

In recent years, increasing costs of vineyard management, low yields, urban developments, and a diminishing financial return are forcing growers in Lodi and throughout the state of California to rip out hundreds of acres of old vines annually. Typically, these old vine vineyards are replaced by vineyards of younger, more productive vines. For growers of beloved heritage vineyards, it is a heartbreaking choice to have to make. The tragedy being: once old vines are gone, so too are the special wines that they produce. Recently, efforts on behalf of Lodi growers to raise awareness about the benefits of and threats to historical old vine plantings in Lodi and throughout California and beyond have a continuing Save the Old Vines preservation campaign.