WHERE WERE YOU BORN & RAISED?
Steve: I was born in Pikeville, Kentucky and raised in Littleton, Colorado. William: Denver, Colorado.

WHAT IS ONE THING YOU’D LIKE PEOPLE TO KNOW ABOUT LODI?
Steve: We grow and bottle just about every Vinifera variety existing on earth. I’ve been able to get my hands on some that I’d never find anywhere else. William: There are many dedicated, professional growers and winemakers doing world class work.

WHERE DO YOU SEE, OR WOULD YOU LIKE TO SEE, LODI AS A WINE REGION IN 10 YEARS?
Steve: I’d like Lodi to be known as a top-notch wine tourism destination, with the caveat that it’s as approachable and friendly as anywhere.

WHAT IS YOUR FAVORITE LOCAL SPOT IN LODI?
Steve: Highwater Brewing – it’s close to the winery. It takes a lot of beer to make good wine. William: The lawn at Hutchins Street Square during their summer concert series.

WHAT WOULD PEOPLE BE SURPRISED TO KNOW ABOUT YOU?
Steve: When I transferred to UC Davis, I was deciding between becoming a viticulturist, winemaker, or brewer. I went with winemaker as it had the highest “coolness” factor. William: I’ve visited 53 countries.

FORD, CHEVY, OR DODGE?
Steve: Whatever gets the grapes from the field to the winery. William: BMW. 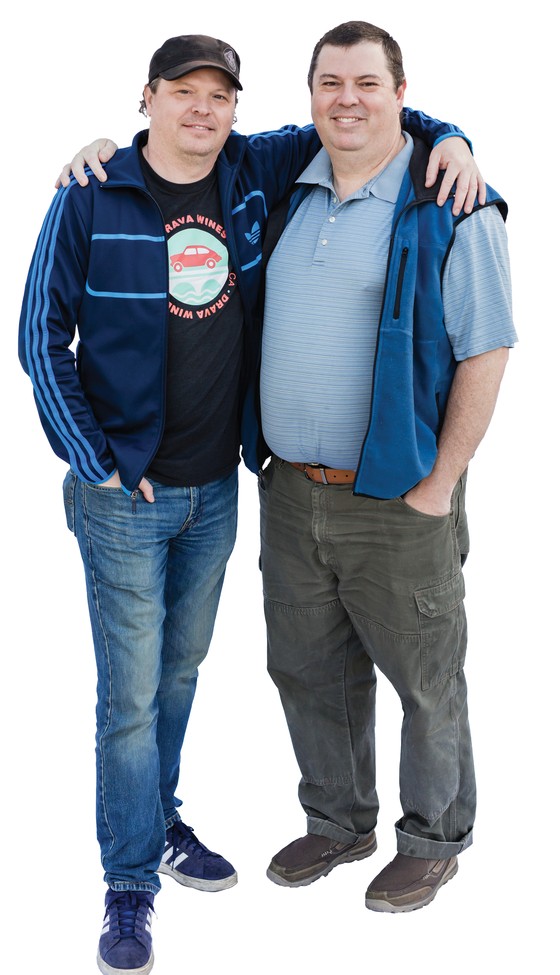