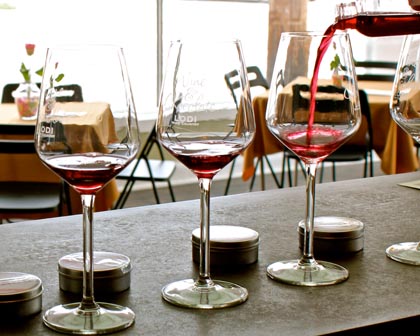 When you taste wine or food, are you tasting with your nose and mouth, or your mind?

Consider this:  in India, Hindu customers once marched against a dozen locations of McDonald’s; where, because of dietary restrictions, McDonald’s sells no beef product (only vegetable and lamb burgers).  What raised their ire?  They had heard about a lawsuit in the U.S. brought by a group of vegetarians against McDonald’s for flavoring their fries with a “natural flavor” derived from beef extract, which they the Hindus were also unknowingly consuming (see New York Times Archives on McDonald’s eventual settlement). 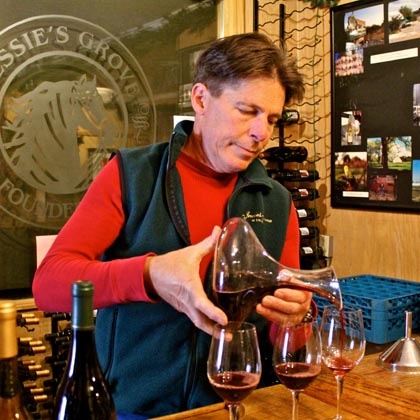 What is interesting about this is not so much that the actual percentage of beef extract in a super-sized package of fries is reportedly just 0.000000000003%, but the fact that it was put into the fries precisely because the average person can perceive this flavor, even at infinitesimal levels.  The vegetarians and Hindus may have been upset because there was a negligible percent of beef in the fries, but they were also angry because McDonald’s was getting them to eat them by appealing to their raw, unconscious desire for beef!

In his famous book Fast Food Nation, Eric Schlosser describes “flavorists“– scientists who develop the miniscule chemical compounds used to flavor fast foods like McDonald’s fries, and virtually all the processed foods consumed today – as “discreet, charming, cosmopolitan, and ironic.”  According to Schlosser, these are the sort of people “who not only enjoy fine wine, but who can also tell you the chemicals that give each vintage its unique aroma.”

Like Schlosser’s flavorists, winemakers have long been aware of the fact that the aromas and flavors which distinguish, say, a Cabernet Sauvignon from a Merlot can be attributed to natural chemical compounds amounting to barely a few parts per trillion.  The minty, often green or herbaceous character of Cabernet Sauvignon has been isolated to flavor components (grouped as methoxypyrazines) also found in bell peppers, which can easily be detected by an average person at approximately .02 parts per billion.

Ask an oenologist what gives the Chardonnay grape its tell-tale apple-like taste, and his answer might be ethyl-2-methyl butyrate – the chemical breakdown of the “apple” flavor.  The taste of Chardonnay after it goes through its natural malolactic fermentation, and then is barrel aged on its lees (i.e. spent yeast cells), probably derives its popularity from minuscule proportions of diacetyl (which gives the taste of “butter”) or 4-hydroxy-3-methoxybenzaldehyde (“vanillin”), combined with methyl-2-peridyl ketone (“popcorn”).

These naturally induced components, in fact, are what winemakers deliberately go for when composing Chardonnays to appeal particularly to women or boomers – the biggest consumers of wine in the U.S.  Conversely, when producing Chardonnays to appeal to today’s Millennials, more and more winemakers are doing the opposite:  going for less “butter,” “vanilla” or fruity “apple,” and more “lemon” and, if they can get it, elusive tastes of minerals (more possible when grapes are picked lower in sugar; see Goode, Minerality in Wine).  Why?  Because twenty-somethings are demonstrating a taste for wines that are lighter and leaner, and a little more tart – a new generation of Chardonnay drinkers. 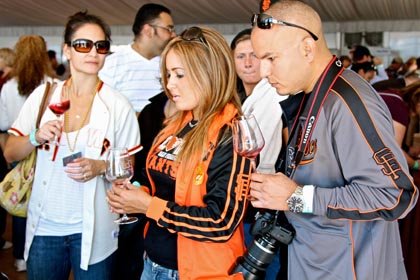 Wine lovers at the 2012 Lodi Uncorked on Treasure Island

Much of what we perceive as taste comes through our nose – as smells, rather than what is felt in the mouth.  Because the brain is so much involved in how we distinguish both smells and sensations, it can be fooled by something as simple as visual impression.  There was a paper recently published by Jeannine Delwiche of Ohio State University, for instance, which demonstrated how the perception of a single, Chardonnay based white wine was altered significantly simply by adding red or pink food coloring to the wines (see FFI Journal, 2003).  When subjects saw a red colored wine, they described it as being fuller bodied than the white or pink wines. When they saw a pink colored wine, they found it to be the fruitiest – even though they were tasting the exact same wine!

Even our taste buds, however, can be thrown by mixed signals sent to the brain. Each of the taste buds found our tongues is composed of taste-receptor cells, commonly referred to as TRCs by researchers (see Nature, Nov. 2006).  TRCs are able to detect five basic taste sensations, which most people know about:  the tastes of bitter, salty, sweet, sour and umami. 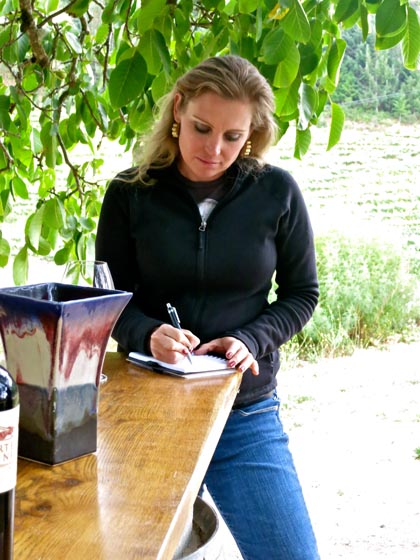 So when you taste something – be it a dish, or a beverage like wine or coffee – each little sensation finds a dedicated TRC, which is label-lined along a neural path going directly to the brain.  Hence, when we eat ice cream:  a glucose molecule comes into the mouth and fires up a TR2+TR1 receptor (which have cells wired primarily to detect sweetness); and once that signal is sent and received by the brain, presto, your brain tells you “sweet!”

The interesting thing is that scientists have been able to modify cells in TR2+TR1 receptors to fire up only when, say, a bitter compound interacts with them.  Result:  bitter compounds can also be made to taste sweet.  In other words, it’s the cells that drive perception of taste sensations, not the receptor itself.

The significance of that?  Simply, that our sense of taste is a physical apparatus involving connections between our brain, nose and tongue; and whenever those connections are hot-wired, we can be made to tastes things that are physically present in the most infinitesimal proportions, or not there at all.  This is why the brain can be so easily confused or manipulated, the way flavorists can have us thinking “beef” when we are eating fries.

It is the brain, in fact, which distinguishes culinary talent.  How many times have you heard it said that someone is a really good cook because they have a strong sense of taste?  In reality, what they have are organized minds:  the knack for remembering sensations derived from ingredients, making delineations, and then being able to manipulate those sensations with whatever technical skills and experience they bring to the kitchen.

It’s the same thing for the best winemakers, or the best wine tasters:  it’s not that they are born physically superior to the rest of the human race; it’s mostly because they are the ones who make the most prodigious use of their minds.  Not surprisingly, both great cooks and great winemakers are the ones who are the most curious, the most inventive, and have the strongest memories.  It takes decent brain power, not so much a sensitive nose or exceptional set of taste buds, to concoct a good dish, to craft a fine Chardonnay, or distinguish a complex glass of Cabernet Sauvignon.

Think about that, whenever you are enjoying your next bottle of wine:  whenever you make conscious use of your mind, your pleasure increases – and a fine wine tastes exponentialy finer! 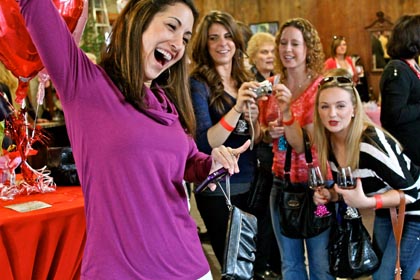